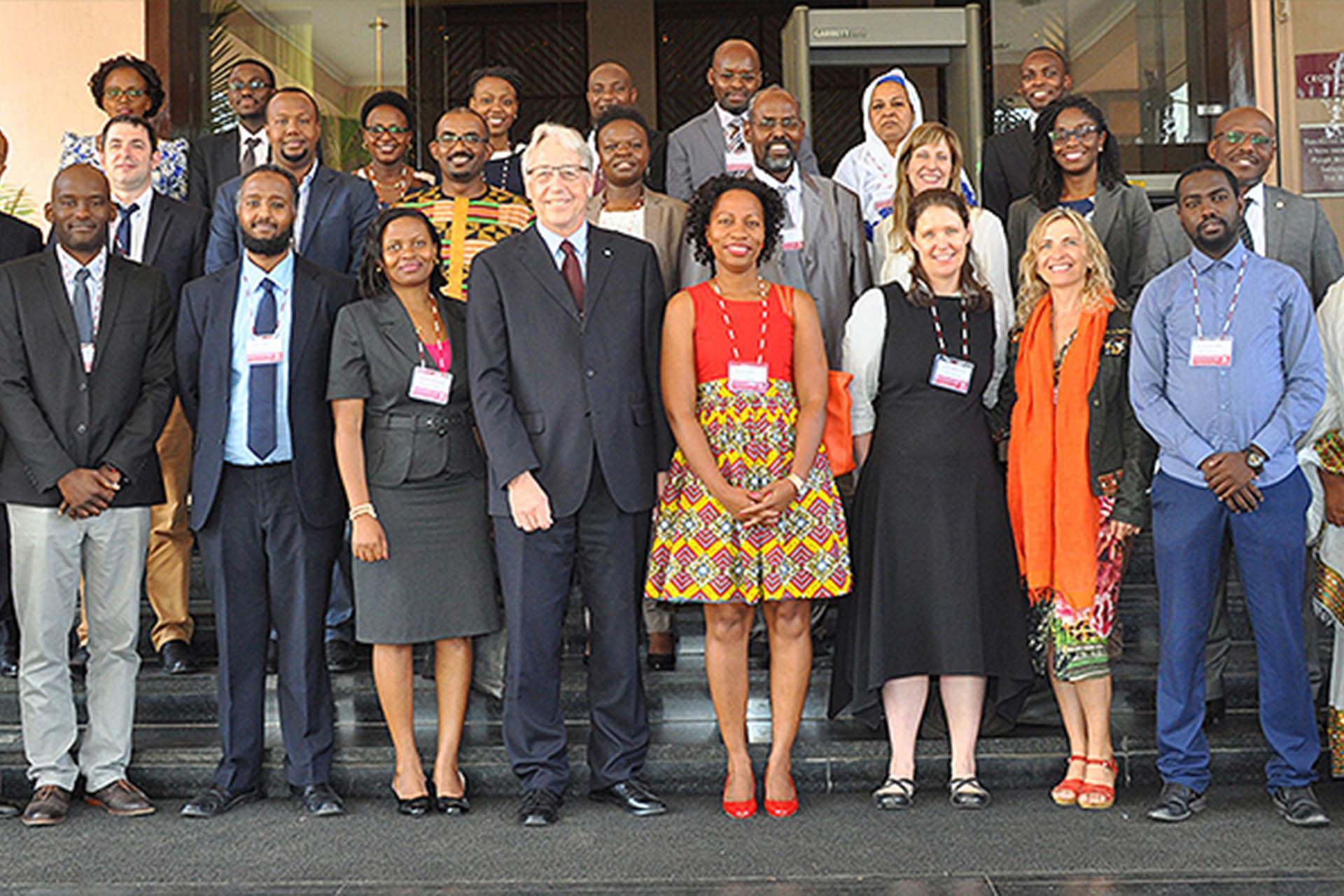 Seminar on Kampala Convention, Jointly Organized by IGAD and ICRC in Nairobi

Home » Seminar on Kampala Convention, Jointly Organized by IGAD and ICRC in Nairobi

10.10.2017 Nairobi, Kenya (: The Intergovernmental Authority on Development (IGAD and International Committee of the Red Cross (ICRC) are holding the second Seminar on the Kampala convention for Protection and Assistance of internally displaced persons in Africa.

The two day meeting builds on the discussions of the 2016 seminar which focused on the contribution of the Kampala Convention in meeting the protection and assistance needs of IDPs.

The seminar provides a platform to encourage ratification, domestication and implementation of the Kampala convention by IGAD member States and discuss tools and support systems available to help them achieve this goal. It also aims at exploring concrete measures to be taken forward at the national level.

The Meeting is being attended by IGAD Member states senior officials responsible for humanitarian and IDPs matters, with Tanzania invited as observer. The African Union, UNOCHA, UNHCR and the Regional Durable Solutions Secretariat are also in attendance.

The Senior Programme Coordinator Forced Displacement and Mixed Migration at IGAD ; Ms. Caroline Njuki    in her opening remarks  thanked ICRC for the collaboration with IGAD and emphasized the need for the region to robustly  enhance awareness, ratification and domestication of the Kampala Convention against the background of the renewed focus on tackling displacement as well as developing tools that can monitor displacement in the region. She also explained the importance of having on board development partners such as UNDP and Peace actors.

The Head of the ICRC Regional delegation, Mr Thierry Meyrat, in his remarks highlighted the holistic operational view of the ICRC in its work in support of the needs of IDPs  and the long-standing involvement of the ICRC in the promotion of the Kampala Convention. He also noted the ICRCs new study which takes stock of progress on implementing the Kampala Convention. The report is being used by ICRC delegations in Africa in discussions with the authorities on States’ obligations to protect and assist IDPs, and to support the adoption of national legal frameworks and policies to those ends.

It is envisaged that this follow up seminar will consolidate many of the key messages around the potential of instruments such as the Kampala Convention, to contribute substantially to meeting the protection and assistance needs of IDPs, as well as ensure that states are well aware of the potential tools and resources at their disposal for pursing ratification/ascension and/or domestic implementation.