The discussions centered on the South Sudan Conflict, Progress in stabilizing Somalia, political situation Kenya as well as violent extremism and terrorism.

The ES highlighted the efforts being undertaken in operationalizing the South Sudan Peace Agreement, deployment of protection force, humanitarian concerns, the need for accountability and an all inclusive dialogue in South Sudan. The ES outlined the humanitarian crisis in Somalia due to drought, the crisis among some gulf countries and its impact on the security and development in Somalia, the progress in building the capacity of Somalia security organs and the efforts of AMISON, and operationalization of the Somalia National Development Plan. On Kenya, the ES called on the International community to support the Kenyan people in ensuring that the repeat presidential election is held on the 26th October as has been scheduled by the Kenya’s electoral body. He emphasized that this is the only way to avoid a constitutional crisis.

The also ES updated them on the significant progress that have been registered in operationalizing the IGAD Center of Excellence for Preventing and Countering Violent Extremism (ICEPCVE) in the last one year since the Center was officially established.

The State Department Officials commended the work that the ES and the IGAD has done in promoting peace and security in the Horn and Eastern Africa region. They also expressed their satisfaction with the significant achievements that have been registered in the implementation of the ICEPCVE activities since its establishment. They retaliated the commitment of the US Government to continue supporting the IGAD and its activities..

Later the ES gave a public lecture titled ”Peace, Security and Politics in the Horn and Eastern Africa” at Howard University that was attended by students, scholars, researchers, and policy makers in Washington DC.

The ES is in Washington DC for the World Bank/IMF Meetings. 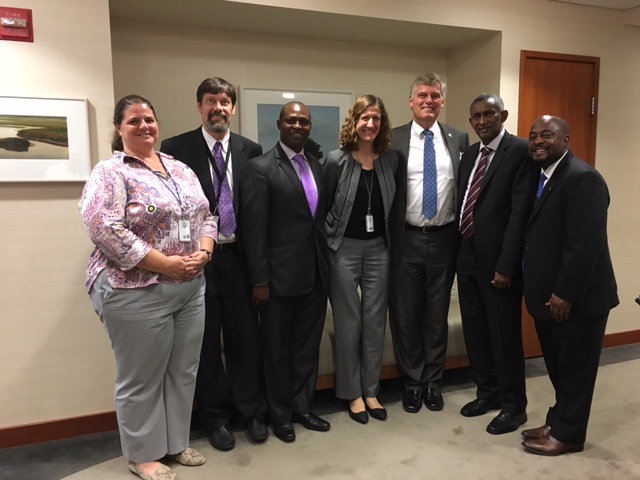