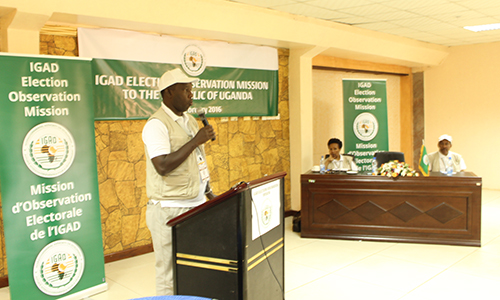 Head of Mission Okubo during his statement at launch

Kampala, 16-02-2016: The Inter-Governmental Authority on Development (IGAD) Election Observer Mission (EOM) to Uganda General Elections 2016 this morning officially launched its observation mission at Africana Hotel-Kampala on the occasion of a press briefing.

The Head of the IGAD EOM briefed the media about the specifics of his mission to the elections. He informed the audience about the various meetings he and members of his team had with various stakeholders such as officials of the Electoral Commission, political parties, other key stakeholders and relevant authorities.

On February 12th, the IGAD team met with officials of the Ministry of Foreign Affairs of Uganda including the Head of the East African Community and Ring States Department, Mr. Baiga Jeffrey, in his office for the purpose of being accredited to the elections as Observers. On the same day, the Team then met with the Chairperson of the Electoral Commission, Eng. Dr. Badru Kiggundu in his office where they received an informative briefing.

On February 12th and 14th, the Team embarked on meetings with high level personalities from the competing political parties. The IGAD team also attended the briefing session of  February 15th organized by the Electoral Commission of Uganda for all observers.

It is to be noted that it is following the invitation extended to the Inter-Governmental Authority on Development (IGAD) by the Electoral Commission of Uganda that IGAD has deployed an Election Observer Mission (IGAD-EOM).

The advance team of the IGAD-EOM to Uganda arrived in Uganda on February 11th, 2016 and the remaining members of IGAD Observers team on February 14th, 2016.

The IGAD-EOM to Uganda is composed of 10 members from IGAD organization to be deployed to observe the elections. IGAD is deploying observers that have been properly trained to take the task of observation with the requisite efficiency and integrity.

The IGAD-EOM to Uganda is to be deployed in pre-selected deployment areas.

The objective of the IGAD Election Observer Missions is to assist member states in their efforts to conduct free and fair elections by providing positive and constructive feedback that would help to improve similar processes in the region. IGAD Election Observer Missions are meant to facilitate the gradual development of a democratic election culture in our region.### 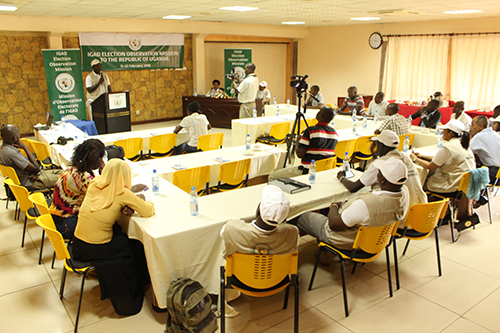 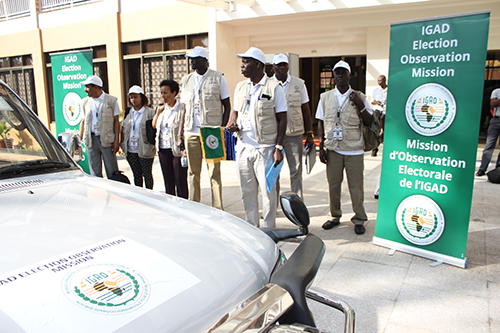