Sept. 18, 2019 (DJIBOUTI, Djibouti): The second meeting of the Inter-Governmental Authority on Development (IGAD) Task Force on the Red Sea and Gulf of Aden was held in Djibouti from 15-18 September, 2019. The Task Force, composed of three nominees from each member state, was established pursuant to the decision of the 46th Ordinary Session of the IGAD Council of Ministers held on February 27, 2019. 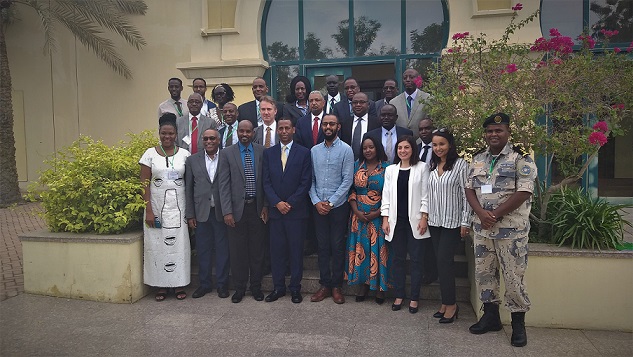 The meeting was, among others, addressed by a representative of the Government of Djibouti, IGAD Executive Secretary and the IGAD Special Envoy for Red Sea, Gulf of Aden and Somalia who is also the Convenor of the Task Force.

The meeting also initiated discussion on the proposed IGAD Regional Plan of Action which upon finalization will be submitted to the IGAD policy organs for consideration. The proposed Plan of Action will establish a roadmap for promoting collective action towards securing the interests of the region in the two maritime spaces.

Finally, the Task Force agreed to convene its third and fourth meetings in Khartoum, Sudan and Mogadishu, Somalia respectively on dates to be mutually agreed upon.