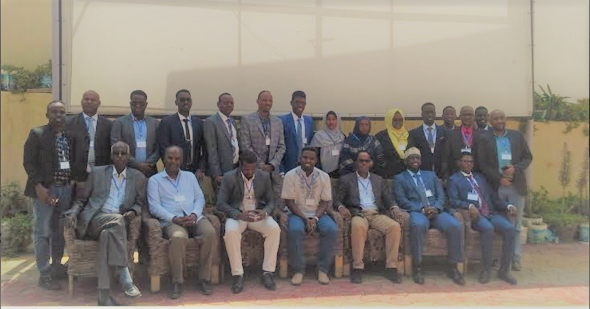 The objectives of the training were to strengthen the capacity of Somalia in the prevention and control of serious violent crime and extreme violence by creating a platform that resonates with the urgent role of young Somalis to steer up efforts at countering terrorism and TSTs related violence.

The training begun with official opening remarks from the representative of the Federal Government of Somalia as well as the Head of the Counter Terrorism Pillar at IGAD SSP Mr. Daoud Aboubaker Alwan; where they both expressed the great importance of the training in addressing the new faces of violent extremists in Somalia.

Pursuant to the opening remarks Mr. Khalid Abdelrahaman, Head of Security Institution Capacity Building Pillar at IGAD SSP also gave a brief account of the general background of IGAD and its extensive and intensive engagements in peace and security by strategizing four themes of operation.

With these opening remarks, the training was initiated employing adult-friendly methodologies that followed a newer inductive-based approach in which the context of Somalia and its operational framework were brought to the scene by the delegates in the first session conducted in both English and Somali languages.

This was then followed by a reflective session in which facilitators, participants and organizers brainstormed on felt needs and gaps on the ground. Furthermore, the facilitators also seized the opportunity to contextualize the training package along critical issues raised during preliminary presentations of participants. 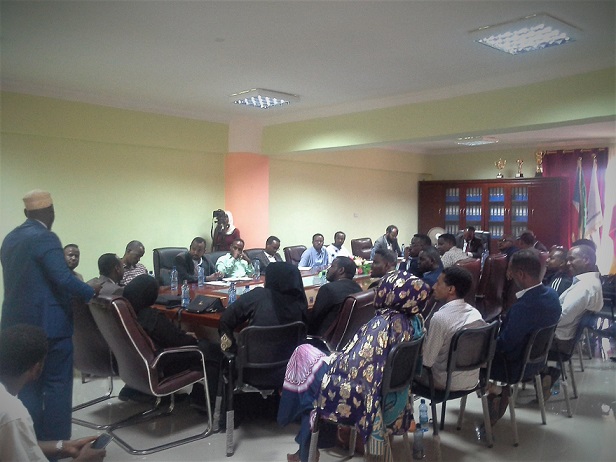 The core areas of the training tackled issues like:

The 23 Somali participants were drawn from different line ministries and organizations of the Government of Somalia including Office of the Prime Minister; Ministry of Women and Human Rights Development; Ministry of Education, Culture and Higher Education; Ministry of Internal Security; Ministry of Youth and Sport; Youth Association in Somalia, and Nation TV of Somalia.

The training was concluded with participants paying a visit to Jigjiga University.

The training was with the financial support of the European Union Trust Fund (EUTF) through the IPPSHAR Programme and facilitated by experts Dr. Abdinasir Ahmed and Dr. Belay Tefera from Addis Ababa University.