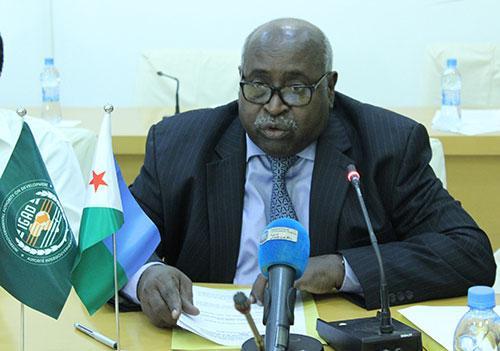 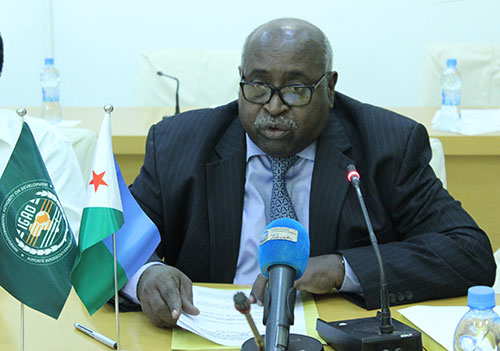 Djibouti, 29-10-2015: A two day regional consultative meeting to review the IGAD Biodiversity Policy draft was this morning officiated by H.E Mr. Mohamed Moussa Ibrahim, the Minister of Habitat, Urbanisation, and Environment of the Republic of Djibouti in the presence of the IGAD Executive Secretary HE Amb. (Eng.) Mahboub Maalim at the IGAD Headquarters, Djibouti City.

In his welcoming notes, Ambassador Maalim expressed his gratitude towards the experts for their time committed towards the issue of biodiversity in the IGAD region where existing resources must be restored, rehabilitated and preserved because nature is important to both human and animal existence.

He urged the IGAD Member States to be able to adapt and mitigate climate change for secure food security, health, employment, poverty eradication, peace and security in the IGAD region.
The Minister in the same spirit was glad to see that environment protection and sustainable management of biodiversity remain a major component of IGAD mandate.
‘”I am convinced that this document of regional policy on biodiversity that will be discussed during this workshop, is coming at a critical time when IGAD is transitioning from an intergovernmental organization to a Regional Economic Community”, H.E Mohamed Moussa stated.
The IGAD region is uniquely placed because it consists of all biodiversity types namely: drylands, wetlands and highlands that are threatened by climate change and human activity.
The Regional Biodiversity Policy is based on the efforts that the IGAD Member States have already made hence aware of their different ecosystems and biodiversity hence a need for a common responsibility and guiding principles and policies for the present and future generations to have sustainable social and economic development.
IGAD Biodiversity Programme is funded by the European Union.