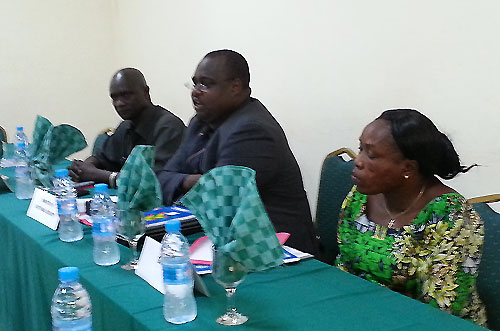 Juba, 2 November 2012 – The IGAD Security Sector Program (ISSP) successfully organized a 2 days workshop on the South Sudan – Democratic Republic of Congo (DRC) border for South Sudan border officials between the 31st October and 1st November 2012 in Juba. The meeting focused on the security and management of the South Sudan DRC border and on counter terrorism issues.

During the meeting, a field report commissioned by ISSP on the security and management of the South Sudan/DRC border was received for critique and reviewed by the participants. Discussions on the best practices of border control experiences from other IGAD Member States were also held. In addition, the meeting deliberated on terrorism in the region with particular emphasis on Al Shabaab as a threat to regional peace, with key note presentation from AMISOM head of Analysis, and insightful comments on the security challenges posed by immigrants to the Republic of South Sudan.

The meeting ended with participants agreeing on recommendations on enhancing the management of South Sudan DRC border.