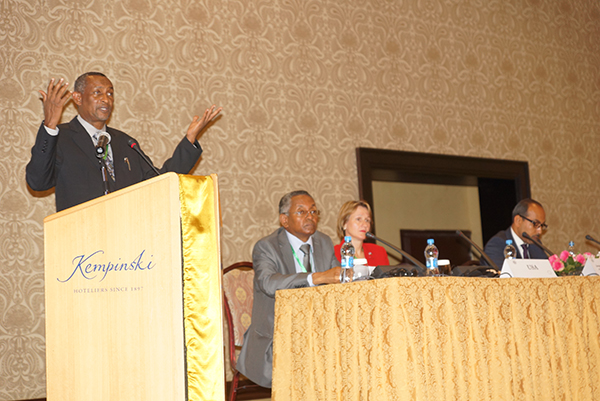 IGAD acknowledges that the Plan of Action offers a comprehensive road map to preventing violent extremism in all its forms and manifestations.

“Violent extremism offers a conducive environment for the spread of terrorism”, Amb Mahboub underscored, stating that it is therefore critical that the international community collectively engages in addressing the conditions to the spread of violent extremism as clearly state in the UN Plan of Action.

He added that successful implementation of the Plan of Action requires regional and international partnership, cooperation and coordination. “In this partnership, we must ensure that prevention and counter violent extremism strategies are undertaken within the principles of respect for human rights and rule of law”.

IGAD reiterates its commitment and determination to continue contributing in all efforts that will enhance prevention of violent extremism and global peace and security. It is in this spirit that IGAD is in the process of operationalizing the establishment of a regional counter violent extremism center of excellence and a counter-messaging hub that will serve as a platform to advance the implementation of Plan of Action in the Horn and Eastern Africa region.

IGAD calls upon its Member States to revitalize their efforts in preventing and countering violent extremism and support the efforts of the international community and particularly the United Nations in this regard.###