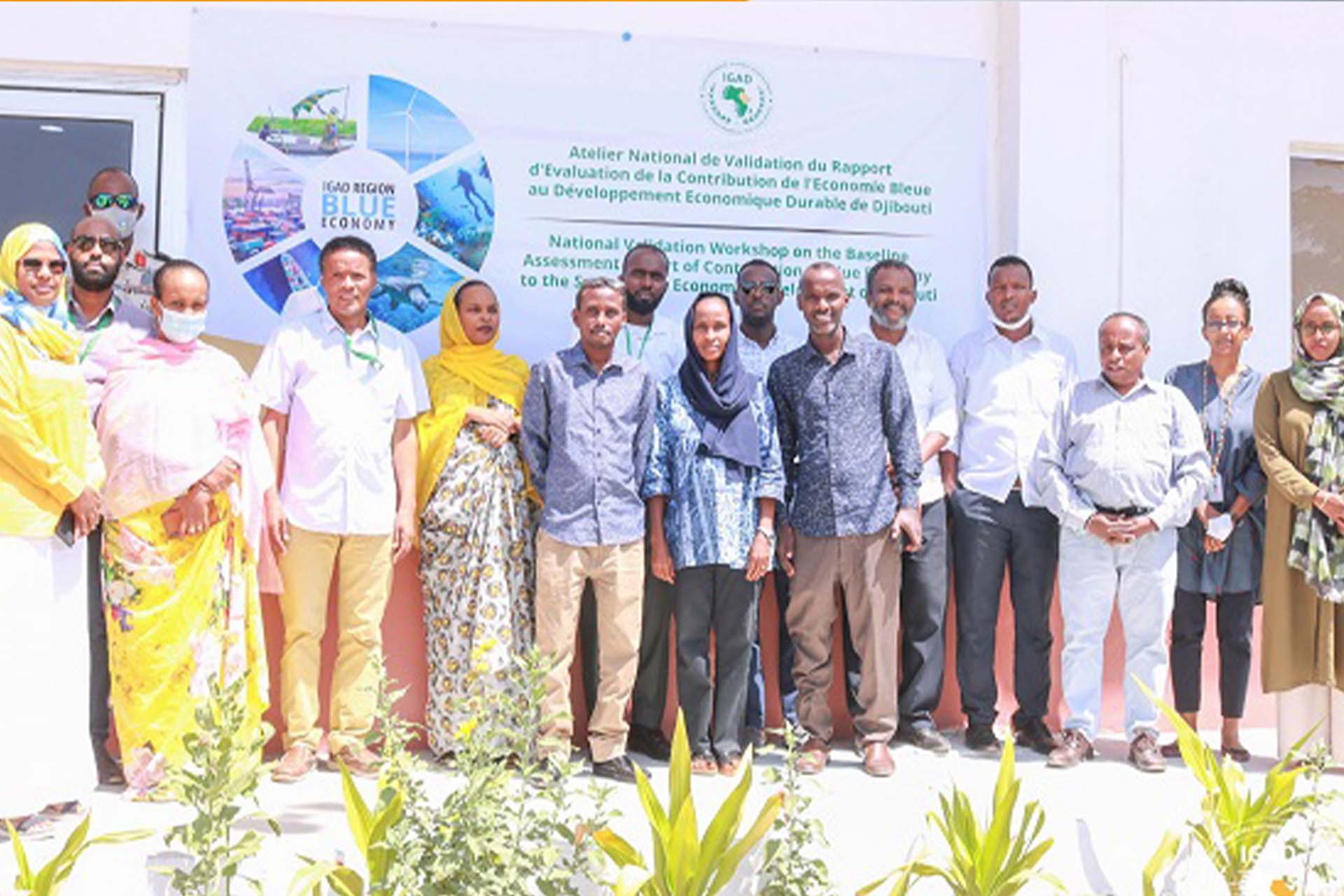 October 24, 2021 (ARTA, Djibouti): The Intergovernmental Authority on Development (IGAD) has started the validation process for the national Blue Economy baseline reports of the IGAD Member States with its first workshop in this regard in Arta town of Djibouti.

Mr Elmi Bouh Goudodeh, President of the Regional Council of Arta welcomed all the participants and thanked the organisers for choosing Arta. He wished fruitful deliberations during the meeting.

The workshop will capture contributions from the different sectors of Blue Economy for the national economic development of the Republic of Djibouti. The report will be updated through extensive group discussions and thorough review of the document. The updated baseline report will be available soon and will serve as an input to develop the National Blue Economy Strategy for Djibouti.

The expected outcomes of the workshop are:

Similar workshop will be held in the other IGAD member states: Ethiopia, Kenya, Somalia, South Sudan, Sudan and Uganda. The National Focal Points for Blue Economy will be engaged to assist in the facilitation of the workshop and the submission of the final reports.

The national Blue Economy baseline reports of the IGAD Member States were developed with financial from the European Union. The national level validation workshops are supported by the Project “Enhancing Blue Economy in the IGAD Coastal Member States for Biodiversity Conservations and Livelihood diversification” funded by the Government of Sweden.

The project “Enhancing Blue Economy in the IGAD Coastal Member States for Biodiversity Conservations and Livelihood diversification” funded by the Government of Sweden is premised to contribute to the following outcome “the capacity of IGAD and its Member States strengthened by structuring and mainstreaming the BE at both national and regional levels while increasing cooperation and regional integration, and strengthening support to the member states to develop their own national BE strategies. It will also contribute to the effective implementation of the Africa Blue Economy Strategy”. It is a three years (2021 – 2023) project to start the implementation of the IGAD Blue Economy strategy in selected priority intervention areas mainly at four coastal countries (Djibouti, Kenya, Somalia and Sudan) of IGAD. The project objectives are:

In a nutshell, this project intends to achieve the following three broad results:

IGAD through this project with funding from the Swedish Embassy in Ethiopia, seeks to improve the governance of the Blue Economy in the IGAD region, conduct marine biodiversity situation analyses, make inventory of chemical and plastic pollutants from source to sea, develop apply tools to monitor and mitigate chemical and plastic pollutions in the coastal member states. IGAD plays the central coordination role in the implementation of this project led by the Director of Agriculture and Environment and day to day operation by the Environment Protection and Blue Economy Program Manager.