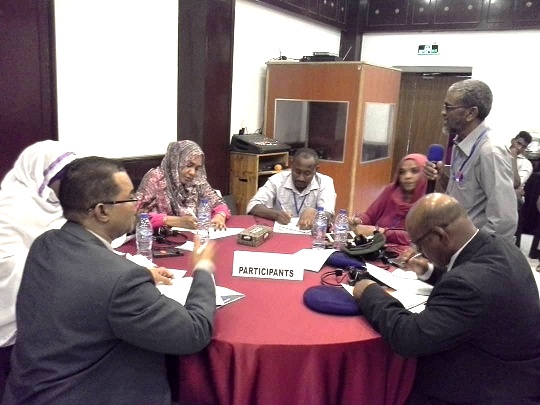 March 14, 2020 – Khartoum, Sudan – The Intergovernmental Authority on Development (IGAD) Security Sector Program (SSP) successfully conducted a five days national training workshop in Khartoum, with high level officials of the Sudan Government to contribute to the development of security & justice sector policy framework. The training is conducted with the financial support from the European Union Trust Fund (EUTF) through the IPPSHAR Program that is being implemented by IGAD SSP and the Austrian Development Agency (ADA).

The workshop was officially opened by H.E. Amb. Hamza Elamin Ahmed, Ambassador of Sudan to Djibouti/chairperson of the IGAD Committee of Ambassadors. In his opening remarks, Amb. Hamza expressed his appreciations to IGAD SSP for this important and key initiative; which was timely responding to the government goal line to the enhancement of institutional capacities in updating the national Security & Justice Sector Reform (SJSR) policy framework. H.E. Amb. Hamza encouraged all experts, national players, interlocutors, and influence makers from different departments and agencies concerned about security and the security sector reform to foster an exchange among justice and security actors around the future of the security sector in Sudan; and freely present their ideas and interact among each other.

During the five days the training workshop covered the key issues of the security sector such as governance, democratic oversight, role of non-state actors, traditional and customary institutions, justice delivery, the concept of ‘hybridity and hybrid security governance’, SSR and gender, national security policy (NSP) and strategy formulation. The training also discussed approaches and requirements for an NSP process and backgrounder to national security strategies as well as identified experiences and lessons learned in Africa.

The training workshop also provided a platform for national and regional technical experts to jointly reflect on their priority areas identified in their National Security Policies and to further compare with the African Union and IGAD Peace and Security Policy Frameworks that have been formulated.  Hence, it explored ways through which IGAD, AU and UN can exercise their complementary roles and responsibilities to assist Sudan in the implementation of SSR strategies and initiatives.

The training was believed to be also an opportunity to raise awareness of lessons and experiences from previous transitions to civilian-led security sector governance; besides to forge constructive dialogue, interaction, networking, and partnership between Sudan’s relevant institutions, IGAD, AU and UN agencies, in order to stimulate their collective thinking and perspectives as well as widening their ability to promising transition from peace-making to peace-building after the recent peaceful political changes in the country.

The training workshop has been organized around five sessions, which arranged and circulated in advance. The thematic and programmatic areas include SSR concepts; regional approaches; cross-cutting issues; governance mechanisms and policy development.

The training was officially closed with the closing session whereby the representative of Sudan Ministry of Foreign Affairs has thanked IGAD SSP for a job well done and he provided some key suggestions and recommendations on the way forward in formulating and updating the national SSR policy framework. Furthermore, the representative of participants precisely identified key processes that are relevant in the transformation of Sudan’s security sector as it embarks on SJSR. They highlighted some capacity building needs in addition to awareness packages which should promote the ratification of IGAD Mutual Legal assistance and Extradition treaty.  At the end, participants received certificates acknowledging the successful participation of this timely training. 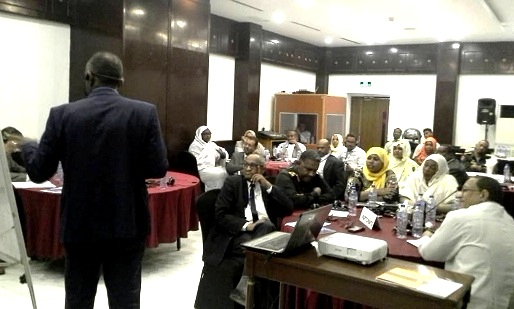 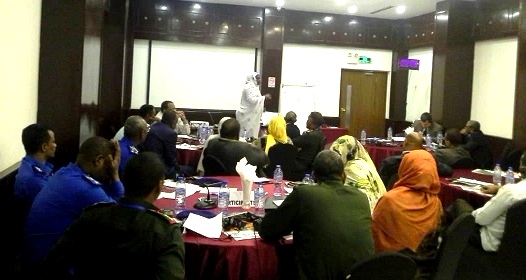