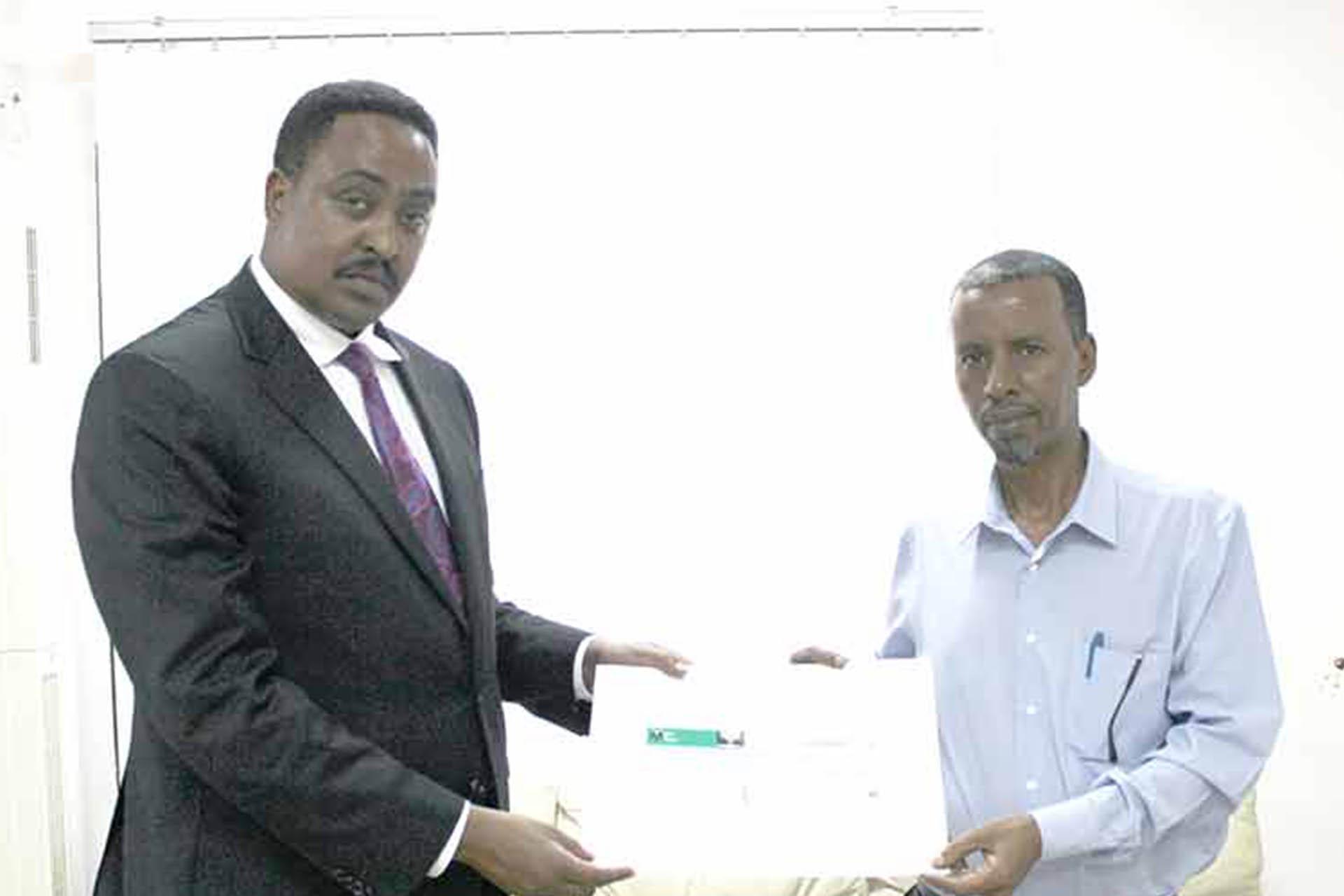 Nov. 24, 2019 (DJIBOUTI, Djibouti): The Executive Secretary of the Intergovernmental Authority on Development (IGAD), H.E. Dr Workneh Gebeyehu, this morning handed over a cheque worth USD 50,000 to the Prefect of Djibouti ville as a gesture aimed at supporting the government of Djibouti in its efforts to provide relief to the people affected by heavy rains in the capital city.

Upon receiving the Prefect of Djibouti ville, H.E. Mr Osman Bileh Guirreh, the Executive Secretary got briefed on the situation. According to Mr Guirreh, scores of Djibouti dwellers have been affected by the floods and are currently being accommodated in government owned premises such as schools. Men and women in uniform are providing assistance to the displaced and other vulnerable persons.

The Executive Secretary said his willingness and readiness to stand by the government and people of Djibouti. He recalled the Crisis Cell Meeting of yesterday Saturday during which the government of Djibouti called on partners to provide support to complement its relief efforts.

Dr Gebeyehu lauded the efforts by the government of Djibouti and reiterated IGAD Secretariat’s commitment to showing solidarity in difficult times.