Feb 20, 2020 (MOGADISHU, SOMALIA): The Executive Secretary of the Intergovernmental Authority on Development (IGAD), Dr Workneh Gebeyehu, yesterday concluded a two-day visit to the capital city of Somalia, Mogadishu, where he was received by H.E. President Mohamed Abdullahi Mohamed at the Presidential Palace. 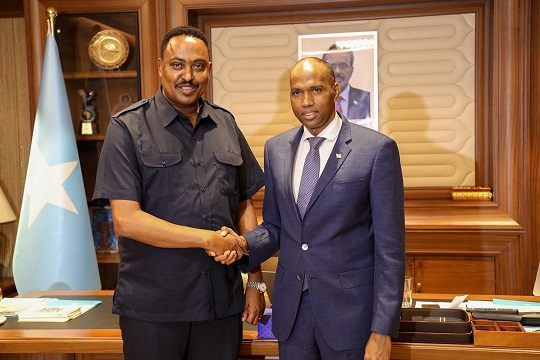 The President assured the Executive Secretary, on his familiarisation two-day tour, of Somalia’s full support and called on IGAD ‘to continue its reforms to maintain the body’s critical role in the strategic affairs of the region’. Dr Workneh expressed his ‘commitment to make the regional organisation to live up to the expectations of its Member States’. He added that with guidance and support from the leaders, IGAD is set to be one of the most vibrant organisations.

The Executive Secretary also met with H.E. Hassan Ali Khaire, the Prime Minister of Somalia, who welcomed him in his office. Dr Workneh congratulated the Prime Minister and the government of Somalia for major achievements, and agreed with him that ‘IGAD had the potential to re-making the history with Somalia as a centre piece for the betterment of Somalia in particular and of the region as a whole’.

The Minister of Foreign Affairs of Somalia, H. E. Ahmed Isse Awad, hosted the Executive Secretary for a working lunch before embarking on a meeting between the IGAD delegation and officials of the Ministry of Foreign Affairs during which exchanges focused on resilience building, development programming, and peace and security.

The Executive also took the time to visit AMISOM and discuss with the Special Representative of the Chairperson of the AU Commission (SRCC) for Somalia & Head of AMISOM, Amb. Francisco Madeira and his team; before sitting with the Head of the European Delegation to Somalia, H.E. Amb Nocolas Berlanga Martinez. 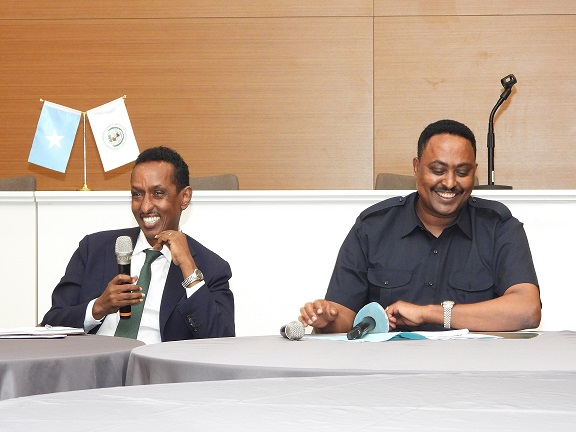 The Executive Secretary is to continue his familiarisation tour to other IGAD Member States. 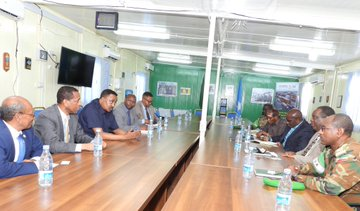