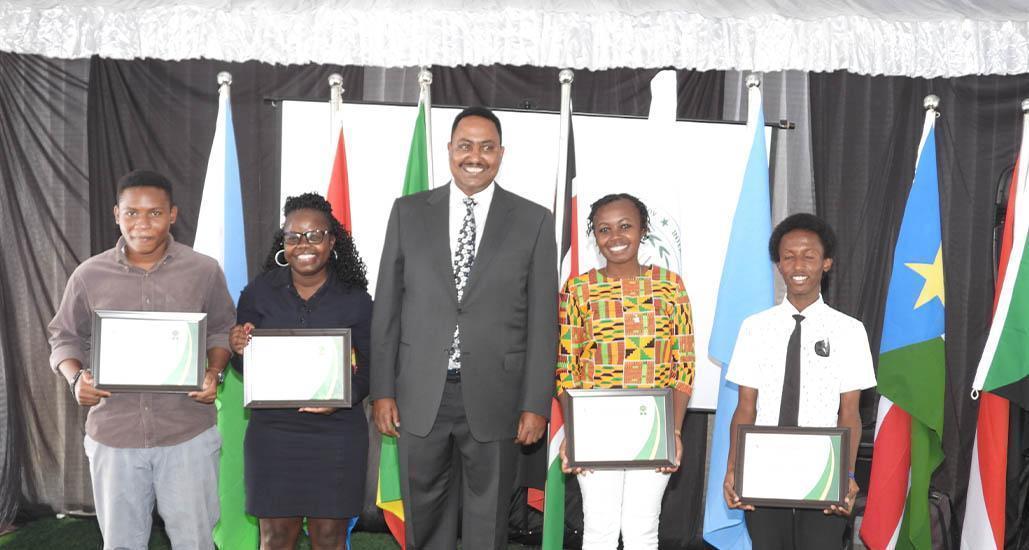 The awardees for Kenya in the name of Norris Mwavita, Cheboi Wakoli, Troy Roy Njagi and Wakarima Wangui were awarded for their peace poems and peace film.
The Executive Secretary applauded the awardees for their talent and encouraged them to pursue their dreams. “It is a pleasure for me to meet, greet and award young promising talents in poetry and filmmaking in Nairobi today”, he said.

“Youth account for a large majority of our population, and they are the ones most confronted with challenges such as unemployment, violence and drugs. They’re the voice for peaceful future we need to hear’, he continued before congratulating them

Similar award ceremonies will be held in the Offices of the IGAD Heads of Mission in other IGAD member countries.