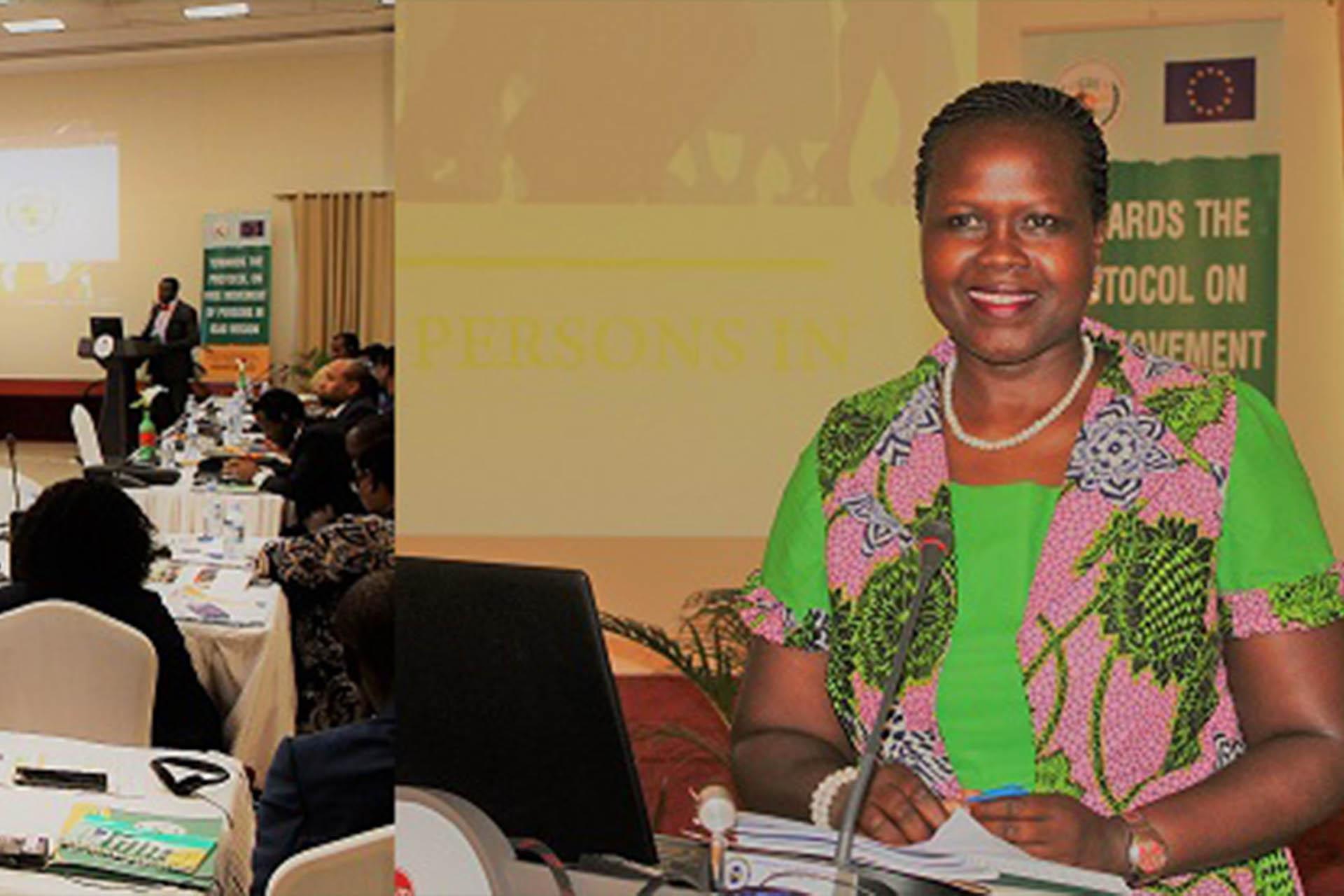 IGAD Engages in Regional Discussions of Free Movement of Persons

June 24, 2019 (ENTEBBE, Uganda): The Intergovernmental Authority on Development (IGAD) today opened the ‘IGAD Member States Validation Meeting on the Draft Protocol on Free Movement of Persons and Its Road Map for Negotiation and Implementation’ in Entebbe under the leadership of the IGAD Migration Programme’s Free Movement Project Officer, Ms. Lucy Daxbacher.

These five-day discussions on the draft Protocol, which were preceded by country-level consultations on subject matter in Djibouti, Ethiopia, Kenya, South Sudan, Sudan and Uganda, are the first of the kind and will be followed by two other similar meetings.

Participants to these first regional discussions are experts and officials from the Ministries of Foreign Affairs, of Interior, of Justice, of Labour, Attorney Generals and National Security agencies mainly.

This meeting is meant to validate the following documents on the Protocol on Free Movement of Persons in the IGAD Region namely:

On fifth day, Negotiations on the Protocol will be launched by submission of observations by countries. Time will be made to plan for the next round of negotiations, and also to schedule working missions to the Secretariats of the East African Community and of the Economic Community of West Africa States for the purpose of exposing IGAD Member States to best practices and lessons learnt by similar regional bodies on the continent.

During the last couple of years, IGAD Secretariat undertook national consultative meetings with all its Member States to get a clear understanding of the benefits and barriers to free movement of persons in the region as well as get inputs of the Member States experts into the thematic provisions of the Draft Protocol with support from European Union Trust Fund.

Developed in the past decade, IGAD has a rigorous Migration Governance Architecture backed up by strong policy instruments. Migration at IGAD is therefore addressed within the framework of Regional Migration Policy Framework (RMPF) that is derived from the continental framework on Migration adopted in Banjul in 2006.

The Framework was adopted by the IGAD Council of Ministers in 2012 and has become the primary IGAD policy reference on migration. The IGAD RMPF provides a comprehensive policy approach that addresses thematic, institutional and other challenges related to migration governance in the IGAD Region with an ultimate objective of achieving the developmental potential of migration. In order to implement the RMPF, the IGAD Secretariat developed the Migration Action Plan (MAP) 2015-2020 which sets priorities among which is the establishment of the free movement regime in IGAD Region.