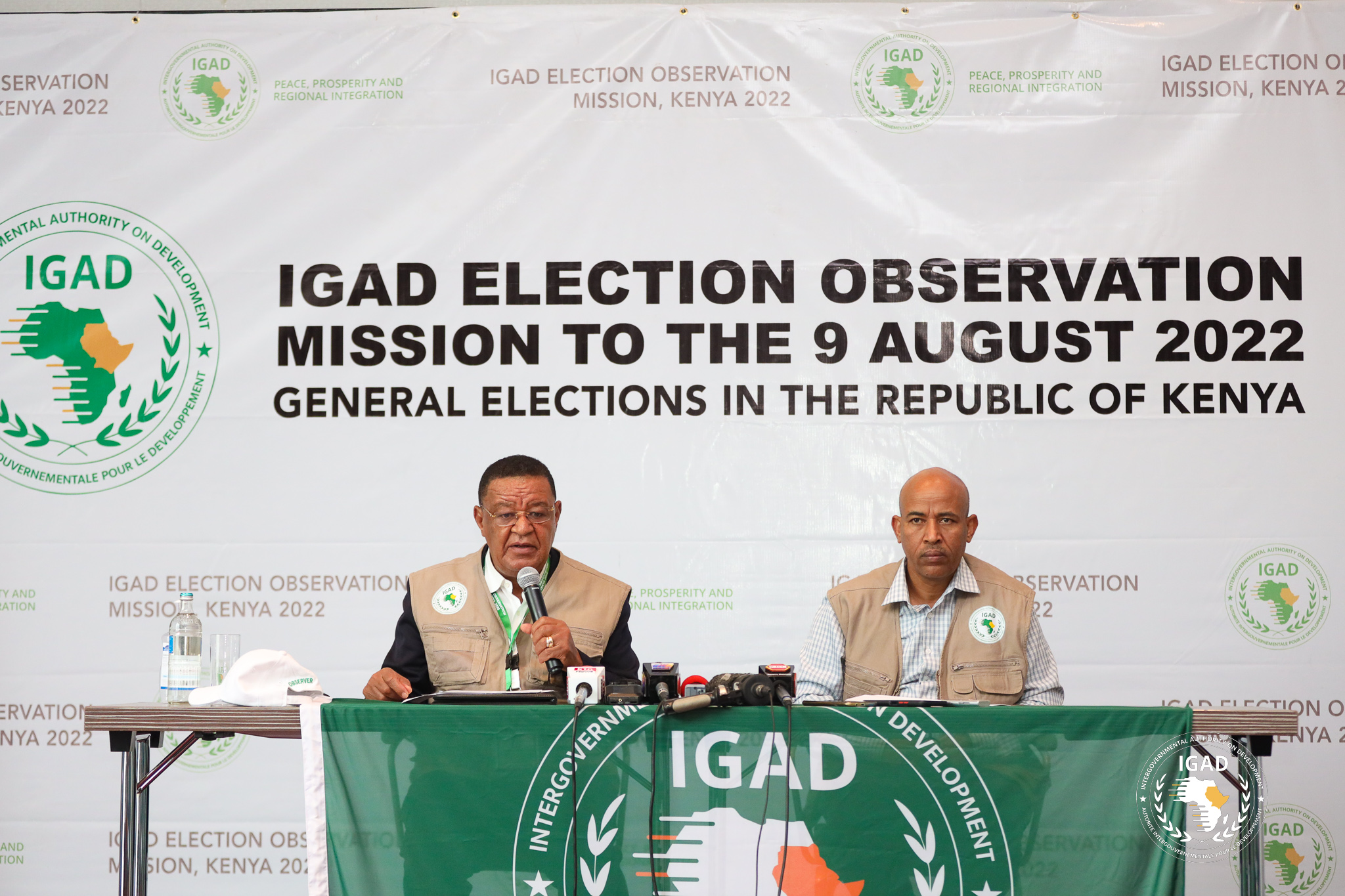 By Austine OpataAugust 7, 2022No Comments

In a press conference called to mark the occasion, H.E. Dr. Mulatu Teshome informed the media that the short-term observers will be deployed to various constituencies across 11 counties of the Republic of Kenya. These counties are Nairobi, Nyeri, Uasin Gishu, Nakuru, Kajiado, Kisumu, Kisii, Kakamega, Machakos and Mombasa.

Preceding their deployment, the observers including representatives of electoral bodies and diplomats drawn from six IGAD Member States, who were taken through a two-day orientation programme on 5-6 August 2022. 11 of them are women. The orientation covered the political context of the General Elections, including relevant national and international legal frameworks; the IGAD code of conduct for election observers as well as IGAD’s election observation methodology and tools. The observers are drawn from Djibouti, Ethiopia, Somalia, Sudan, South Sudan, and Uganda.

The mission will share its findings in a preliminary statement to be presented by the Head of Mission to key stakeholders and the media. A final report containing a more in-depth analysis on the conduct of the electoral process as well as recommendations for future electoral processes, will be presented in due course.

The deployment of an IGADEOM in Kenya is in line with IGAD’s mandate of promoting good governance, democracy, human rights and rule of law in the IGAD region. It is also guided by relevant continental instruments such as the 2007 African Charter on Democracy, Elections and Governance.

The objective of the IGAD Election Observation Mission (IGADEOM) is to make an independent, objective and impartial assessment of the 9 August 2022 General Elections in the Republic of Kenya in accordance with the national, regional and international standards for democratic elections.