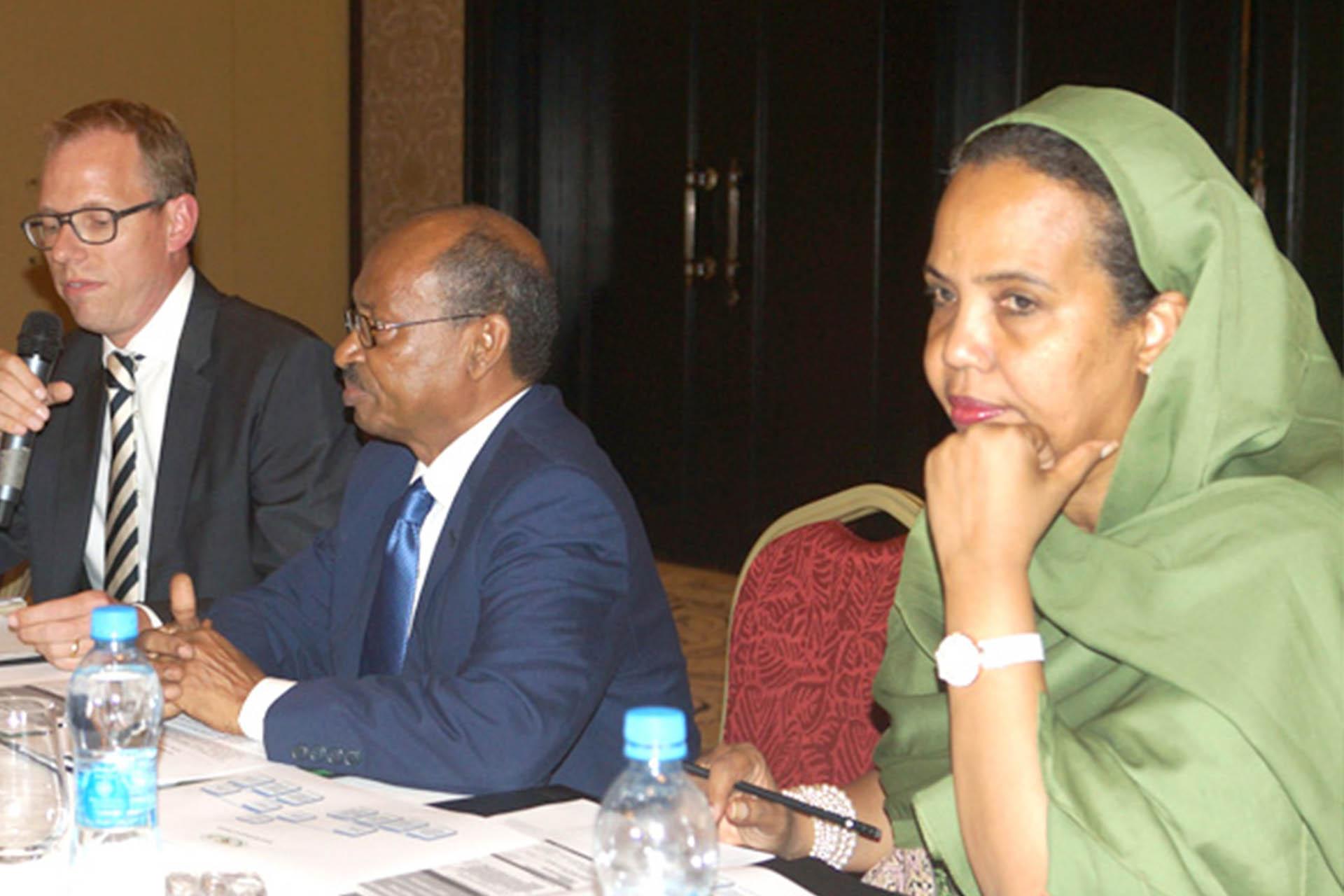 06-07-2017, Djibouti (Djibouti): The Intergovernmental Authority on Development (IGAD) yesterday held the 2nd meeting of the Migration Coordination Group.co-chaired by the, Director of Agriculture and Administration Division-IGAD, Mr. Mohamed Moussa in his capacity as Acting Executive Secretary, and Counsellor Refugees and Migration in the Horn of Africa of the Embassy of the Federal Republic of Germany to Ethiopia, Mr. Simon Kreye.

Mr. Mohamed Moussa noted the high level of participation from partners to the meeting whose main purpose was to update on the activities conducted and the progress made within the implementation of the IGAD Migration Programme.

Mr. Mohamed Moussa highlighted the special focus given to migration “which has both negative and positive impacts on our [IGAD] region”. He recalled the most recent activities such as the Global Compact for Safe, Orderly and Regular Migration and Refugee Meeting held on July 01 and 02, the commencement of the Negotiation on the Protocol on Free movement of Persons in the IGAD Region held on July 03 and 04.

Mr Moussa thanked the support provided by the development partners and encouraged many more to join.

Counsellor Simon Kreye also noted the very active implementation of the IGAD migration Programme and the high level commitment by Member States to the issue with the recent Summit on Durable Solutions for Somali Refugees held in march 2017 and the various Ministerial meetings.