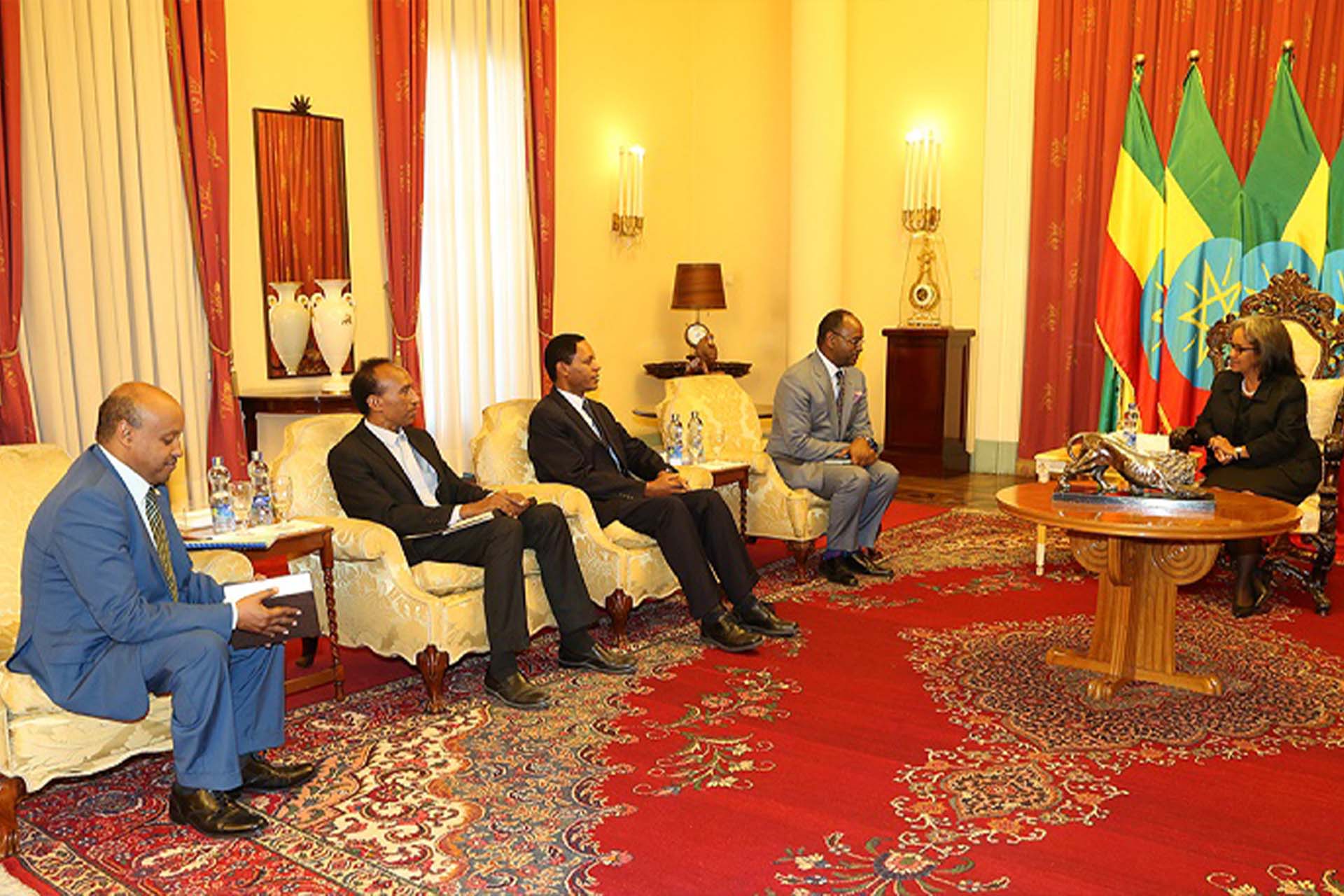 IGAD Cancer Initiative Seeks Support from the President of Ethiopia 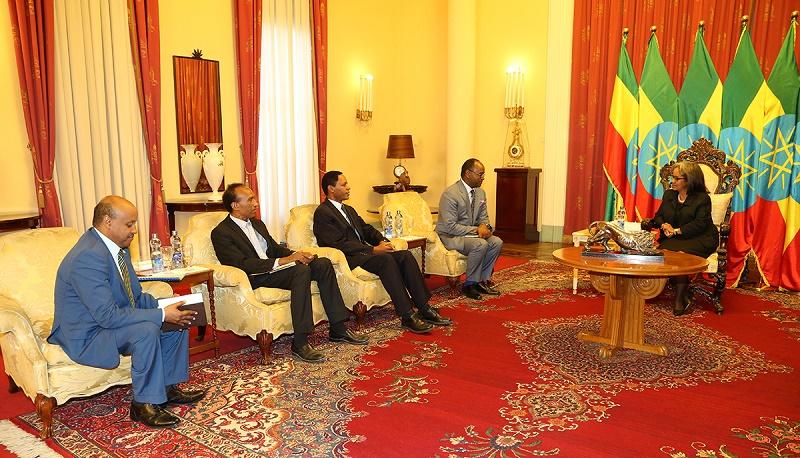 14 March 2019, ADDIA ABABA, Ethiopia: A delegation led by Prof. Melaku Game-Clinical Oncologist and Dr. Girum Hailu Maheteme, Senior Advisor to the Health and Social Development Division of the Intergovernmental Authority on Development (IGAD) and Regional Focal Person for the IGAD Cancer Initiative, accompanied by the members of the mission Dr. Mebratu Madebo-Nuclear Physicist, and Eng. Zeleke Belay, Senior Architect,  was received by the President of the Federal Democratic Republic of Ethiopia, H.E. Sahle Work Zewde on 11 March.

The delegation was visiting the office of the Ethiopian President to Seek Leadership support and assistance for the advancement of the Cancer Initiative and to establishing the IGAD Regional Cancer Centre of Excellence that works for the region and beyond.

The delegation members gave the President an overview of IGAD Health and Social Development activities and achievements, with focus on IGAD Cancer Initiative and the progress made so far towards the establishment of a Regional Cancer Centre of Excellence (RCCE). The delegation kindly requested the President to be the Lead Patron for the establishment of the said IGAD RCCE in sensitising IGAD Member States and partners to the fight against cancer and mobilising the diplomatic, International and donor community for support.

President Sahle-Work Zewde is of the opinion that health should be “a major priority in Africa and in our region for development”. She added that the Cancer Initiative is a good start and must be supported. The President also noted that the resources needed for such an endeavour is huge that indicates the need to have systematic and comprehensive resource mobilisation strategy, primarily from Member states, the African Union Commission, and the members of IGAD Partners Forum.