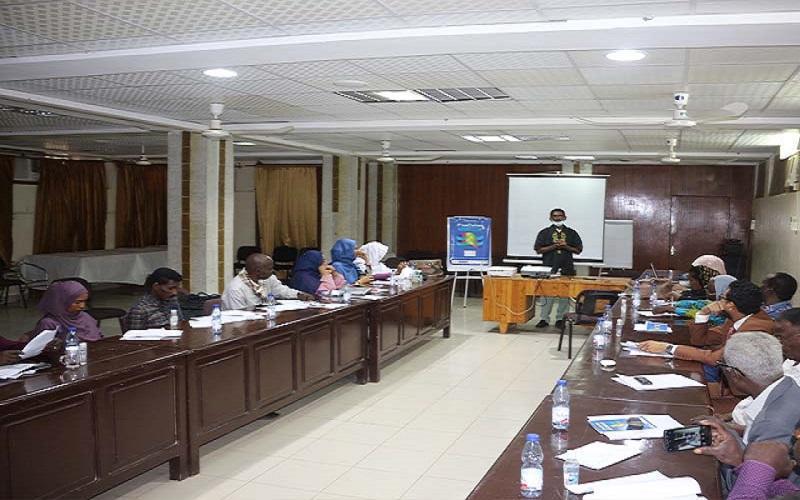 August 26, 2021 (MEDANI, Sudan): The Mediation Support Unit of the Intergovernmental Authority on Development (IGAD) held a Capacity Building workshop on Conflict Sensitivity on August 24-26 in Medani.

The participants made up of 20 Peace Building actors from the Ministry of Foreign Affairs, ministry of Interior, Representative from CSOs in different States, Faith-Based Organisations, Media Outlets, Private Sector, Academia/Research Think-Tanks, women and Youth Groups, Women in Peace building, Traditional Leaders/Elders, Representatives from different States were trained on Conflict-Sensitive Approaches/Practice towards peace building.

The programme was designed on the principle of giving the basic theoretical framework for security, conflict sensitivity, peace building and the role of IGAD MSU in peace building in Sudan; which role is aiming at reducing risks of relapse into conflict and creating awareness on suitable mechanisms for conducting peace building efforts in conflict settings.

The three-day Workshop was officially opened by the Head of Mission to South Sudan, Dr. Aleu Garang. In his opening remarks, he welcomed the participants on behalf of H.E the Executive Secretary, and his own behalf. He went on to state that “conflict could have devastating effects on the people, the economy and the government. IGAD Region is known to be one of the most complex and conflicted regions with a series of civil wars. Our overall objective is to take a moment and reflect on the peace building approaches, as we aim to expose you to further areas of best practices and approaches that will contribute to the reduction of the risk of violent conflict. After reducing these violent conflicts that institutions, we will work, as we are working now towards strengthening of institutional capacities as we look forward to seeing institutions that are viable, service oriented and free from conflicts.” Wishing them a fruitful workshop, the workshop officially commenced.

On the first day, the participants were introduced to peace and security strategies and framework, conceptualizing of conflict and peace process, and the role of the government in peace building.

On the second day, they received an overview of peace building in Sudan; context of conflict, achievements, challenges and recommendations on Political arrangements and security arrangements; social security; transitional justice; mass media; the capacity of national institutions to peace building; transition to democracy; and the role of youth, women and NGO’s.

On the final day, the participants made a summary of achievements, challenges and needs of peace building in Sudan, giving recommendations and way forward as outcomes of the workshop.