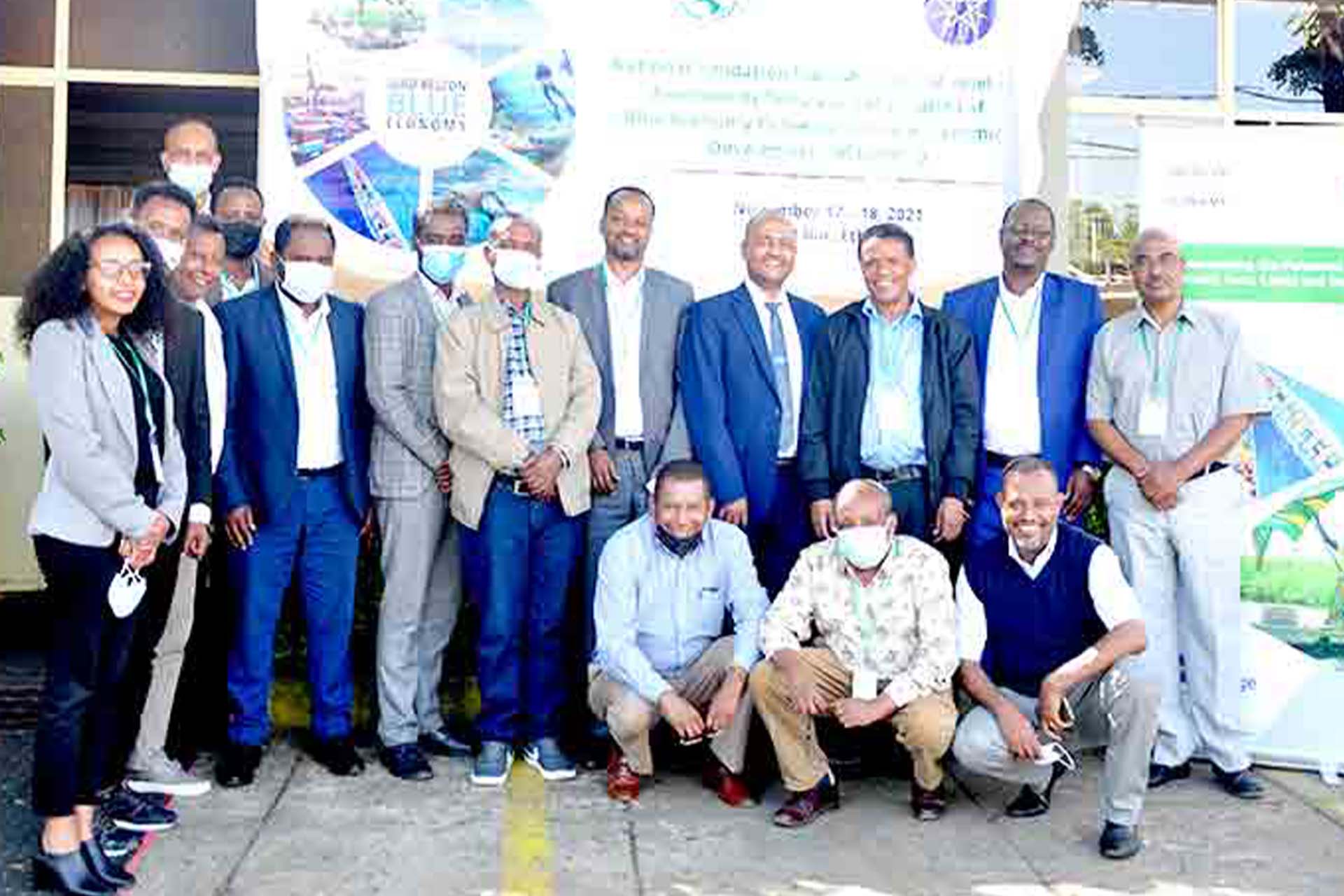 November 16, 2021 (BAHIR DAR, Ethiopia): The Intergovernmental Authority on Development (IGAD) today inaugurated the National Validation Workshop on the Baseline Assessment Report of the Contribution of Blue Economy to the Sustainable Economic Development of Ethiopia.

Representatives from various ministries and institutions active in the Blue Economy (BE) sector in the Federal Government of Ethiopia are attending this two-day workshop:

The workshop will capture contributions from the different sectors of Blue Economy for the national economic development of Ethiopia. The report will be updated through extensive group discussions and thorough review of the document. The updated baseline report will serve as an input to develop the National Blue Economy Strategy for Ethiopia.

Speaking on behalf of Executive Secretary, the IGAD Program Manager for Environment Protection and Coordinator of Blue Economy, Dr. Eshete Dejen, stressed that The “Blue Economy” includes all activities developing or deriving from marine and freshwater ecosystems including oceans, coasts, seas, rivers, lakes, groundwater, and associated resources. It consists of the wise use of water resources for sustainable economic development. He elaborated that Blue Economy in IGAD context is inclusive that addresses both Coastal and Inland countries.

In his opening remarks, Dr. Firew Tegegne, President of Bahir Dar University, emphasized that diversifying the country’s economy beyond land-based agricultural activities and along its water resources is therefore critical to achieving the Sustainable Development Goals (SDGs) and delivering smart, sustainable and inclusive growth. He further mentioned that Ethiopia focuses to generate renewable energy from hydro-electric powers to satisfy its energy demand and bring regional integration in the Horn of Africa.

The expected outputs of the workshop are:

Missing data/information filled in;
National report validated and approved by all sector organisations;
Input to regional report; and
Basic document for the validation of the national and regional BE strategies.
A similar workshop will be held in other IGAD land locked countries that are South Sudan and Uganda. It is to be recalled that the coastal countries of Djibouti, Kenya and Somalia also hosted country level workshops for the same purpose.

The national Blue Economy baseline reports of the IGAD Member States were developed with financial support from the European Union. The national level validation workshops are supported by the Project “Enhancing Blue Economy in the IGAD Coastal Member States for Biodiversity Conservations and Livelihood diversification” funded by the Government of Sweden.