04-09-2018, Djibouti (Djibouti): The Ambassador of Ethiopia to Djibouti and Chair of the Intergovernmental Authority on Development (IGAD) Committee of Ambassadors, H.E. Shamebo Fitamo, this morning was received by IGAD Executive Secretary, H.E. Amb (Eng) Mahboub Maalim, at the Secretariat of the regional organisation in Djibouti. 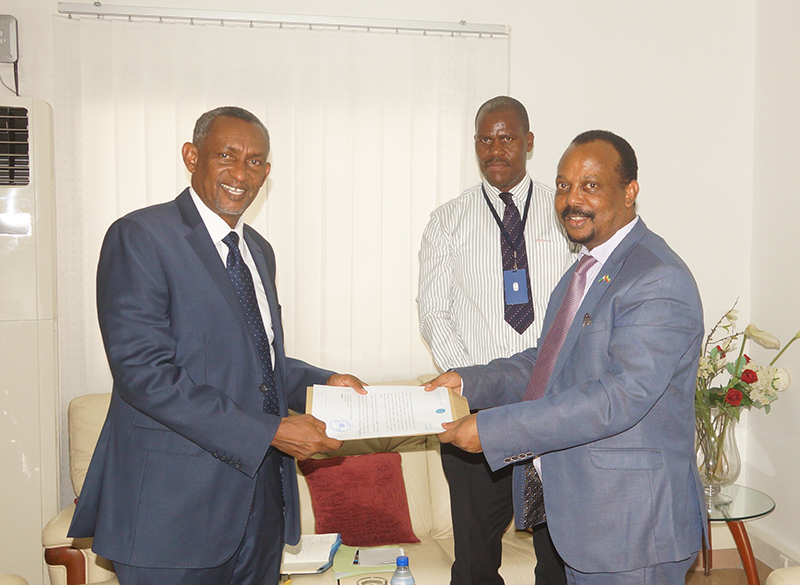 Ambassador Fitamo assured his interlocutor of the high profile of the candidate put forward by Ethiopia to this key post for the IGAD region.

On another note, Ambassador Fitamo showed appreciation to the current Executive Secretary for his support to the Ethiopian Grand Renaissance Dam. He recalled the previous contributions by IGAD staff to the Dam project in the form of symbolic donations.

IGAD staff again committed themselves to making financial donations to the Dam project and to acquiring purchase bonds.

The Ethiopian Ambassador extended an invitation to the Executive Secretary for a visit to the Ethiopian Grand Renaissance Dam.