05-09-2018, Djibouti (Djibouti): The Ambassador of France to Djibouti, H.E. Christophe Guilhou, this morning presented his credential letters to the Executive Secretary of the Intergovernmental Authority on Development (IGAD), H.E. Amb (Eng) Mahboub Maalim, at the Secretariat of the regional organisation in Djibouti. 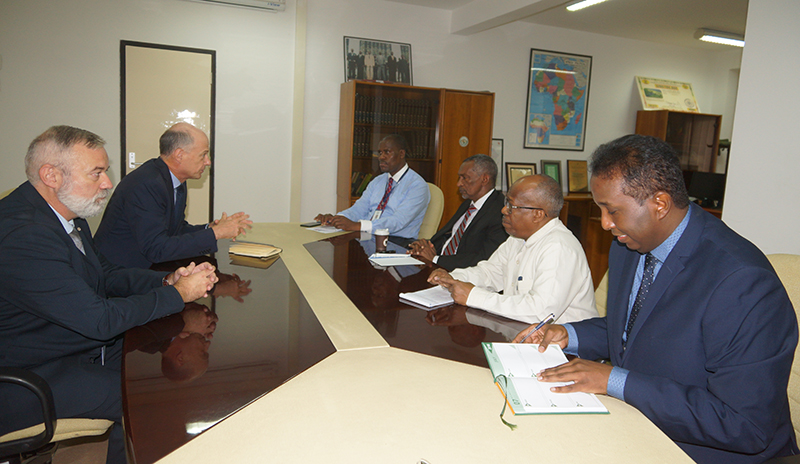 “Your accreditation to IGAD will uplift the good relations we have with France and will further broaden our support base”, said the Executive Secretary.

On this occasion, the French Ambassador said that France would continue to actively support IGAD, whose work it welcomes, particularly in the fight against radicalization and violent extremism.

In September 2017, France seconded a regional expert on extremist counter-propaganda to the Director of the IGAD Center of Excellence for Combating Violent Extremism (CVE Center) based in Djibouti; thus contributing to the efforts of the regional organization, an essential partner for the development, peace and security of the region.