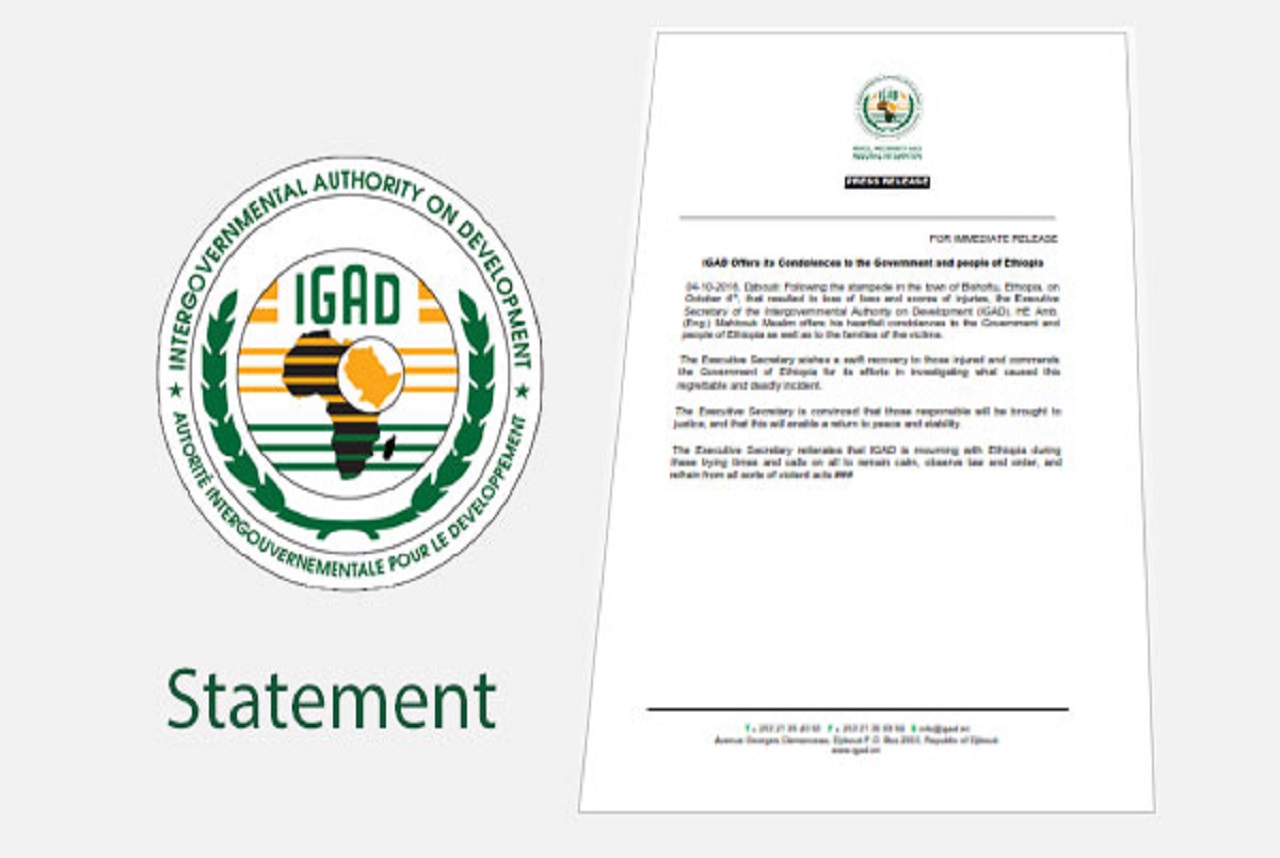 The IGAD Assembly of Heads of State and Government held its 30th Extra-Ordinary Summit on 25th March 2017 in Nairobi, Kenya, under the chairmanship of H.E. Hailemariam Desalegn, Prime Minister of the Federal Democratic Republic of Ethiopia and the Chairperson of the IGAD Assembly, to deliberate on current situation in the Republic of South Sudan.

1. Expressed deep concern about the worsening humanitarian crisis in South Sudan; and decided that all necessary measures must be taken to save lives and forestall the famine. Therefore, the Summit decided that all humanitarian corridors should be immediately opened without any conditionality to allow safe access to affected populations across the country.  In this regard, the summit called for a confirmation of this action from the Joint Monitoring and Evaluation Commission (JMEC) within a week;

4. Called upon all factions to immediately stop the fighting. In response to this call, the Government of the Republic of South Sudan agreed to announce a unilateral ceasefire and grant amnesty to those that renounced violence;

5. Welcomed the position taken by the Government of the Republic of South Sudan to announce a unilateral ceasefire and offer amnesty, and called upon all actors to join in the national dialogue;

7. Encouraged all parties to fully commit to the implementation of the ARCSS, and in particular to focus on security sector reforms in order to build a republican army to guarantee the safety and security of South Sudan and its people;

8. Further encouraged the Government of the Republic of South Sudan to work towards building an encompassing political process determined through a credible election, where all South Sudanese have an opportunity to determine their leaders and hold them to account;

9. Reaffirmed the continued and collective engagement of IGAD Member States in the search of lasting peace, security and stability of South Sudan; and in this regard, committed to the revitalization of Joint Monitoring and Evaluation Commission.  Further, called upon all parties to fully cooperate with JMEC and not impede the movement of the Ceasefire Transitional Security Arrangement Monitoring Mechanism (CTSAMM), and;

10. Decided to remain actively seized of the matters.