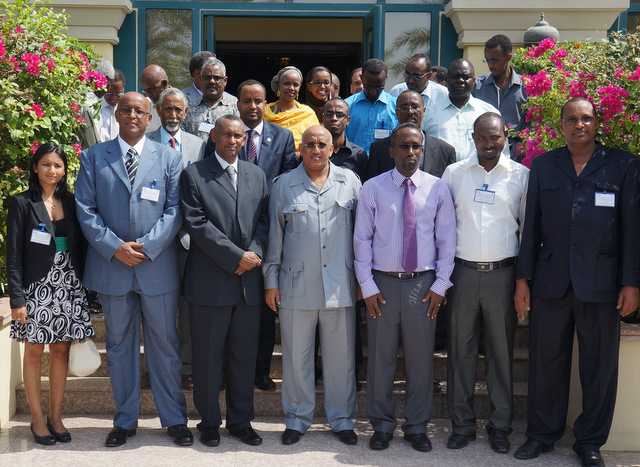 The purpose of the consultative meeting was to gather inputs and suggestions aimed at strengthening the AfDB’s work in human development in Africa.

The Prime Minister of the Republic of Djibouti, Mr. Dileita Mohamed Dileita, welcomed the delegation to the meeting and to the country and wish them for a fruitful deliberation.

The Executive Secretary of IGAD, Eng. Mahboub Maalim, speaking at the opening ceremony, emphasized the challenges of the region and welcomed the approach of the African Development Bank.

Eng. Mahboub Maalim underlined that the relationship between conflicts and human capacity of the region and steps taken by the organization to address them through the recently concluded IGAD Peace and Security Strategy in its four pillars.

“These pillars are Early Warning Systems, Diplomacy, Emerging Crimes. But the fourth and last one is capacity building. This is where the human capital issues fit into this strategy,” said Eng. Maalim.

The meeting observed a one minute silence in honor of the late Prime Minister of Ethiopia, H.E. Ato Meles Zenawi, the chairman of IGAD.