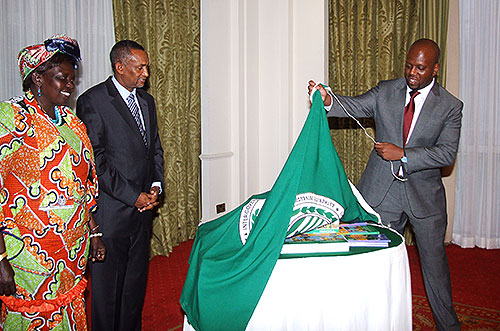 With support of the 10th European Development Fund, IGAD has been implementing the Regional Integration and Human Security Support Program (RPIHSSP). This is a joint program with East African Community (EAC) and the Common Market for East and Southern Africa (COMESA) that covers Eastern and Southern Africa (ESA). The overall aim is to deepen political integration and contribute to the improvement of life for the peoples of this expansive region.
IGAD has been taking lead on human security with a focus on migration and population displacement. This is partly due to IGAD’s comparative advantage in migration management, including the existence of a Regional Migration Policy Framework (RMPF) – the only one on the continent inspired by the AU Framework on Migration endorsed in Banjul in 2006 – that provides strategies for managing the different spheres of migration.

The IGAD region is also home to the largest group of displaced population on the continent and contributes significantly to the global migration regime. This has been against a backdrop of conflicts in countries like Somalia and Sudan/South Sudan, Uganda and recently Kenya. With most of these conflicts solved and peace returning in the region, there is a need for modalities to integrate populations previously displaced including return (like in the case of South Sudan and Somalia) and resettlement. Resettlement includes integrating returnees to the economies and community spheres.

Why the Migration Knowledge Series?
Although the region has experienced significant levels of migration as highlighted above, research on the same has been scarce and sporadic. Furthermore, where it has been conducted (often from one specific aspect e.g. trafficking or labor migration), the findings have not been widely shared with stakeholders in the sector. These stakeholders include governments, cross border communities, NGOs, the media, research and academic institutions. This has made data and information on migration hard to come by.

As a regional body, IGAD has been getting many requests for migration data and information over the years. On the other hand, Member States have been calling for harmonized policies and program interventions founded on empirical research with regional dimensions. This prompted the idea to establish the Migration Knowledge Series – with the first baseline study conducted on migration and population displacement in Eastern and Southern Africa. The study that involved visits to various ESA countries was validated by IGAD Member States and other stakeholders. The final study findings have been published into a report that is the first in the series. The report, Migration & Human Security in the East and Southern Africa, is being launched and will be available to both government agencies and civil society organizations working on migration, as well as research and academic institutions. The publication provides a summary of the state of play on mechanisms and gaps in the migration sector in the region.

Another publication in the series, Mainstreaming Gender in Migration Policies and Programs has also been published. This is a valuable guide for regional organizations in the ESA region and their member states.

As such, the Migration Knowledge Series aims to be the first stop for anyone looking for information on migration in the IGAD region and beyond. An editorial board consisting of experts in various fields with a link to migration will be constituted to enrich the series with knowledge and experiences from their field. Thematic publications focusing on different aspects of migration as stipulated in the RMPF will be produced with the editorial committee contributing as well as guest authors who are authorities in such fields.

In addition, IGAD will be engaging the media in migration work beyond the knowledge series. This is with the realization that the media brings information to potential migrants that influences their decisions to migrate or not. In labour migration, for instance, the media has been at the forefront in highlighting incidences of human rights violations of domestic workers in the Gulf States. There are positive sides of labor migration and success stories of the Diaspora successfully engaged in host countries which should be highlighted as well.

The launch of the Migration Knowledge Series marks a milestone in knowledge banking in the field of migration in the IGAD region. It is hoped that the two volumes already published and future publications will support the efforts of governments, the civil society and academic institutions in the region.

Participation at the Launch:
Delegates from IGAD Member States and representatives of the other Regional Economic Communities in ESA, UN agencies, CSOs, INGOs, research and academic institutions, as well as members of the diplomatic corps and the media participated in the launch of the Migration Knowledge Series.

The launch preceded a validation workshop of the action plan for policy and processes reform and reintegration in migration in the IGAD region.

The publication is available at the IGAD secretariat in Djibouti and at the Liaison office in Nairobi. Copies will be widely distributed to member states, partner organizations and libraries in the IGAD region

For any queries on the series, please contact caroline.njuki@igad.int