Statement by the Executive Secretary of IGAD on the appointment of Rt. Hon. Raila Odinga as the African Union High Representative for Infrastructure Development

Home » Statement by the Executive Secretary of IGAD on the appointment of Rt. Hon. Raila Odinga as the African Union High Representative for Infrastructure Development 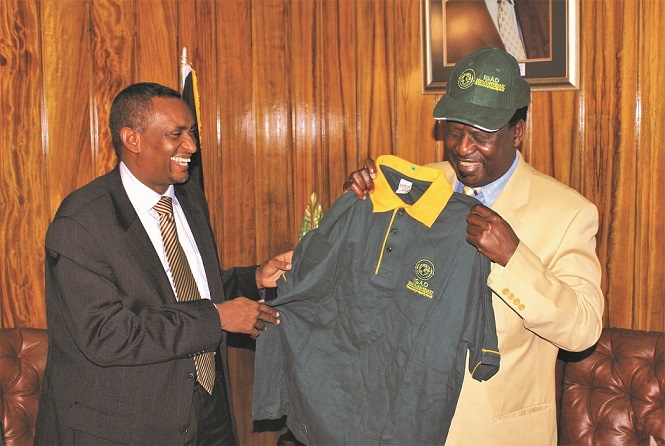 Ambassador (Eng.) Mahboub Maalim, the IGAD Executive Secretary notes the critical role of infrastructure development as a key driver of progress and sustained economic development. In this regard, he acknowledges that the wise leadership, vast experience, knowledge and skills of the former Prime Minister of the Republic of Kenya.

“This will go a long way in mobilizing our collective efforts towards the implementation of PIDA – the Programme for Infrastructure Development in Africa”, states Amb Mahboub, adding that the programme is a key pillar of the AU Agenda 2063.

He also commends the AU Commission Chairperson for his wisdom in establishing this very important office, and in choosing Hon. Odinga as its first occupant.

As the highest performing regional economic community in infrastructure, according to the 2016 Africa Regional Integration Index Report, IGAD stands ready to support the new High Representative in the fulfillment of his mandate.