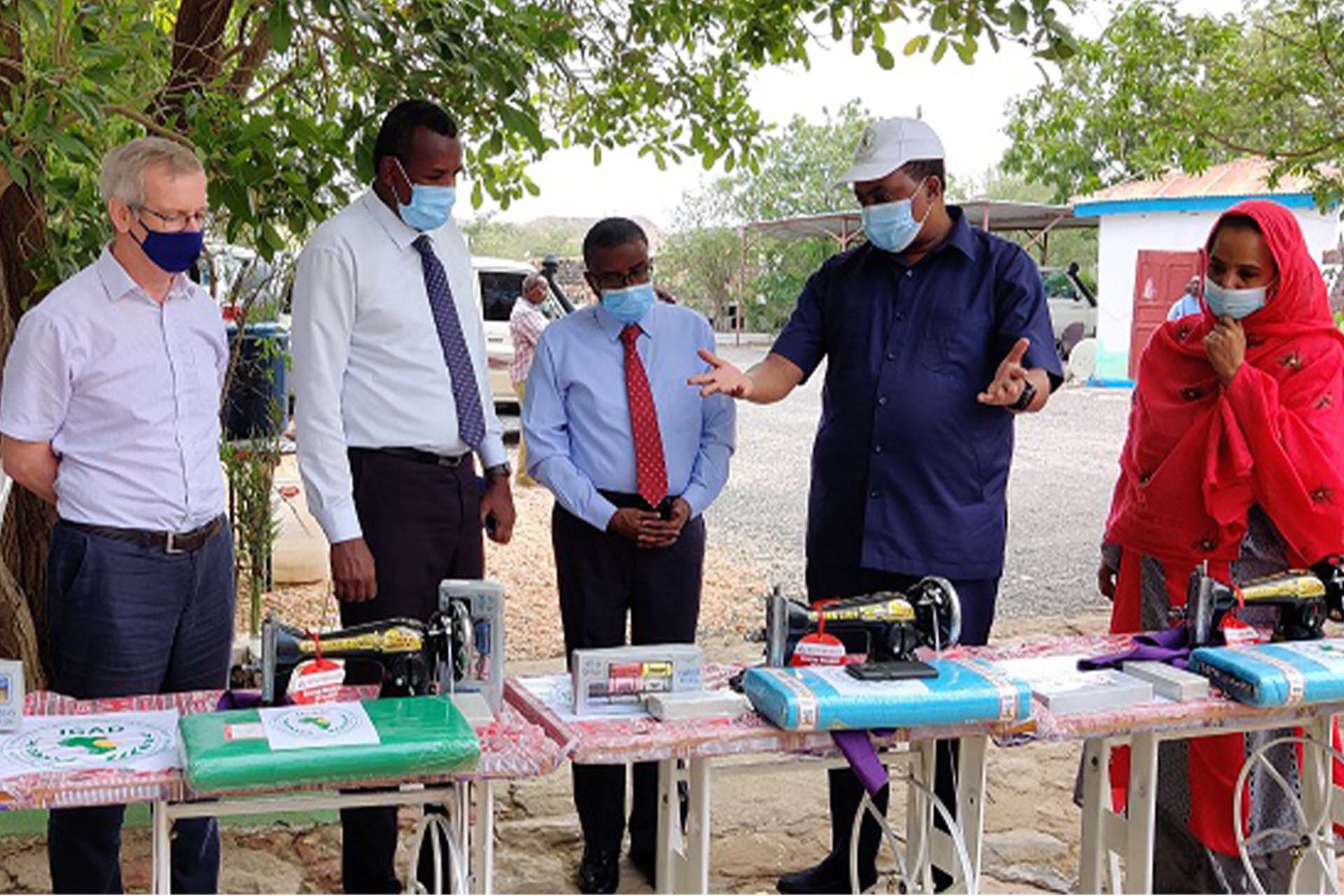 Refugees to Sew Own Protective Masks with Help from IGAD

Home » Refugees to Sew Own Protective Masks with Help from IGAD

July 27, 2020 (DJIBOUTI, Djibouti): The Executive Secretary of the Intergovernmental Authority on Development, Dr Workneh Gebeyehu, yesterday was a working visit to Ali Sabieh District in Djibouti to hand over sewing machines and cloth to the Minister of Interior, H.E. Moumin Ahmed Cheick, for the populations of two refugee camps to produce their own protective masks against COVID-19. Dr Workneh also visited a Migrants COVID-19 Quarantine Centre in Araoussa within the same District along with the Minister and the Chief of Missions from development partners.

The Commissioner of the District of Ali Sabieh received the Executive Secretary and the Minister of Interior accompanied by the Head of the EU Delegation, Ambassador Aiden O’hara, and the Director of the National Office for Assistance to Refugees and Disasters Victims (ONARS) of Djibouti in his office for the purpose of a brief handover ceremony.

Dr Workneh described the gesture as an ‘innovative, empowering and sustainable’ one given that the refugees in the camps of Holl-Holl and Ali Adde will be in a position to produce their own protective masks. ‘I am convinced that these sewing machines and cloth will go a long way in providing protective masks to the refugee populations’, he said. He acknowledged the European Union for the funds that allowed the concept to become a reality following a request which had emanated from the refugees during his visit to Holl-Holl Camp on May 12 this year. 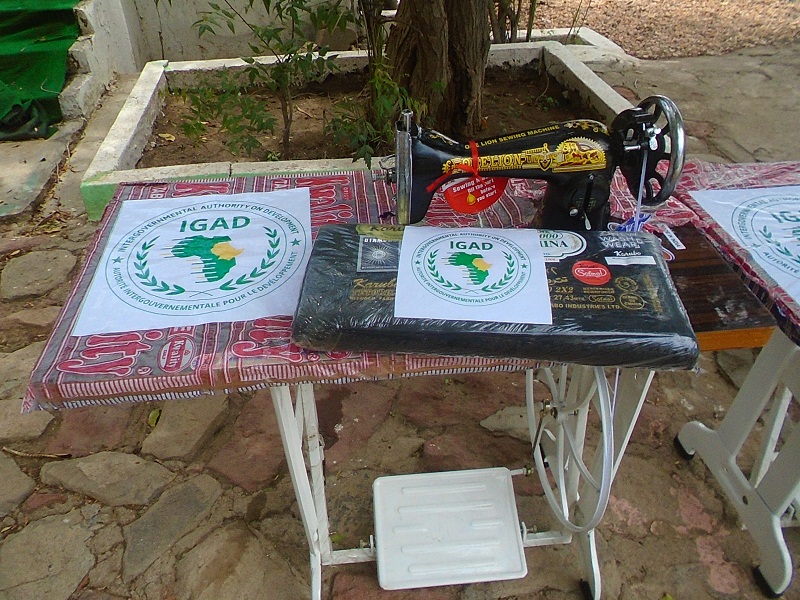 On receiving the donation, the Minister of Interior urged the Director of the National Office for Assistance to Refugees and Disasters Victims (ONARS) of Djibouti to ensure proper use is made of the material by the end users. He also indicated to the Director to ensure the refugees have the skills to produce the masks themselves in a bid to self-empowerment. He concluded by thanking IGAD and the EU for the support.

Earlier during the day, the Executive Secretary was part of a large delegation on a visit to the Migrants COVID-19 Quarantine Centre in Araoussa, 20 minutes-drive from Ali Sabieh town. The delegation was comprised of the Minister of Interior, Ambassador O’Hara of the EU, the Ambassador of France to Djibouti-H.E. Arnaud Guillois, the UN Resident Coordinator-Ms Barbara Manzi, the Chiefs of Mission of the International Organisation for Migration, the World Food Programme and UNICEF as well as local authorities and dignitaries.

Dr Workneh tweeted that he ‘listened to the plights of men and women, boys & girls as young as 15 on their way back home’ during his visit. He also said IGAD’s commitment ‘to working with all stakeholders to ensure a safe reunion with their families for the returning migrants.