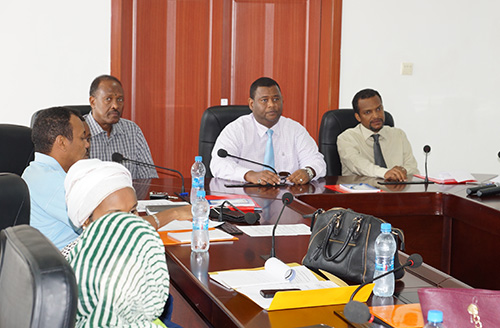 Djibouti, 10/11/2014: A series of validation workshops of baseline studies at national level across the Intergovernmental Authority on Development (IGAD) member states towards the formulation of the IGAD Regional Strategy and Implementation Plan 2016-2020 wrapped up yesterday in Djibouti during a closing ceremony that was presided over by Mr. Guelleh Idriss Guelleh, Director of Multilateral Relations-Djibouti Ministry of Foreign Affairs and International Cooperation, and Mr. Daher Elmi, Natural Resources Programme Manager-IGAD, in the presence of Mr. Ahmed Yunis Habbane, Planning and Coordination Programme Manager-IGAD, in charge of the Regional Strategy.

He highlighted that it was time for the time for national consultants at various national level to work on refined baseline study reports that incorporate contributions and comments by peers, and government officials and technicians during the validation workshops.

Mr. Daher, in his closing remarks, thanked the participants for availing themselves to this key task and encouraged the national consultants for the quality of their work before giving the floor to Mr. Gulleh who officially closed the Djibouti national validation workshop, thus putting an end to the series of similar workshops across IGAD member states.

According to Mr. Habbaneh, the final versions of the baseline study reports at national levels will merge into analytic country reports by country that will merge the six study sectors: i.e.  Agriculture, Natural Resources and Environment; Regional Cooperation and Integration; Peace and Security; Social Development; Gender Affairs.