Multilateralism and Diplomacy for Peace in Somalia- Gains and Prospects

Home » Multilateralism and Diplomacy for Peace in Somalia- Gains and Prospects

As we celebrate the International Day for Multilateralism and Diplomacy for Peace, we are hereby highlighting the undeniable added value of multilateral diplomacy in processes of reconciliation and peace building. While bilateral diplomacy for peace is the corner stone for maintaining and nurturing peaceful co-existence and mutually beneficial cooperation between countries, multilateralism is key at times of crisis where bilateral negotiations have reached chocking points.

Moreover, history has taught us that multilateral diplomacy for peace plays a crucial role in peace processes inside the borders of a country. The example of the Intergovernmental Authority on Development (IGAD) bringing together stakeholders in Somalia and coordinating efforts by neighboring countries and the larger world community towards peace building in the country, is a good illustration of multilateralism at work for peace.

Towards this objective, IGAD undertook several virtual and physical multilateral, diplomatic and technical engagements, with a view to work towards cohesion and harmony at both levels of Governments. These include: firstly, contribution to the Federal Government of Somalia (FGS)-Federal member States’ (FMS) agenda of inclusive political processes, which among others, include Federal Government of Somalia and Federal Member States’ elections.

Through bilateral engagements as well as collective engagements with the International Partners (C6+, including the UK, UN, U.S, EU and AU Group of Ambassadors and Envoys from AU, UN and IGAD contributed to the peace process that initiated dispute resolution on the recent federal election modalities and timelines. To this end, the IGAD Executive Secretary, Dr. Workneh Gebeyehu, on 9th April 2021 chaired a high level quartet meeting of AU, EU and UN with an aim of pacifying electoral disputes. The collegiality of these multilateral institutions was unprecedented and has opened opportunity of close networking and delivering as one.

These efforts resulted in the commencement of dialogue between the Federal Government of Somalia and Federal Member States, allowing parties to agree on the modalities and timelines for the election via the Somali-led, Somali-owned Process.

To ensure success of an inclusive and participatory electoral process, IGAD has embarked on supporting and facilitating peace building, cohesion and community integration in Beledweyn town in Hirshabelle State in collaboration with the Office of the Prime Minister and Ministry of Interior, Federal Affairs and Reconciliation (MoIFAR) of Somalia on 10th December 2021.

This engagement in Beledweyn town was in addition to rounds of peace building efforts conducted by IGAD in Mogadishu between 11th – 19th December 2021. The workshop in Beledweyn town mainly focused on the role of Civil Society Organizations (CSOs) to address ongoing disputes and those emerging during the then upcoming election process and beyond in Southwest, Hirshabelle, Jubaland and Galmudug. IGAD was also involved in the resolution of the disputes between Puntland and Somaliland.

The very dynamic nature of the situation in Somalia, coupled with an increasing complex geopolitical landscape, including the Ukraine – Russia conflict has potential to affect the IGAD’s ability to maintain peace and security in the wider region.

Multilateral diplomacy is crucial in addressing challenges, including prolonged drought caused by climate change, migration, election dispute and fight against Alshabab and other terrorist groups in Somalia. The IGAD will continue to advocate at national, regional and international level for the importance of multilateralism in conflict prevention and resolution.

Special appreciation is extended to the development partners for providing critical support to IGAD efforts, specifically multilateralism and diplomacy for peace in Somalia. 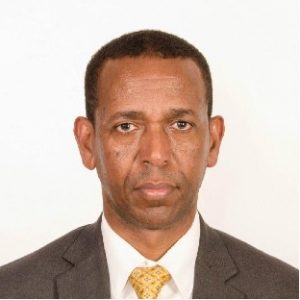 IGAD Special Envoy for the Red Sea, Gulf of Aden and Somalia