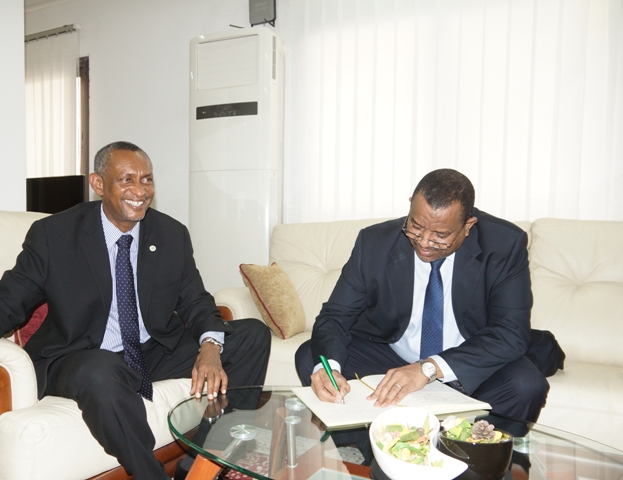 15-08-2016 , Djibouti:
The Executive Secretary of the Intergovernmental Authority on Development (IGAD), His Excellency Amb (Eng) Mahboub Maalim this morning of August 15, 2016 received the Minister of International Cooperation of Sudan; His Excellency Dr. Kamal Hassan Ali and his delegation at the IGAD Secretariat in Djibouti.

Amb Maalim together with IGAD senior management met with the Sudanese delegation to discuss and look for better avenues on how Sudan and IGAD can cement and deepen relations between them.

H.E Amb Maalim expressed his gratitude towards the kind gesture the minister and his delegation to visit the Secretariat which he termed as ‘historic’ considering that the visit was outside the normal member state and ministerial meetings. He also expressed the good relations and support IGAD has had over the time with Sudan as a founding Member State in achieving peace and economic interstate relations.

The two parties discussed an array of ideas on how IGAD can be used as a tool and instrument to benefit the people of Sudan in the different areas like capacity development, regional integration, communication and information exchange as well as funding avenues through the regional economic bloc.

H.E Dr Ali commended IGAD for the achievements gained so far and for the major role played in the area of Peace and Security in the horn of Africa. He called for more economic relations between the IGAD member states by complementing each other in their different areas of strength for regional harmonization, cooperation and development for unified and steady growth for Africa.

The one-day visit preceded by a technical preparation meeting that was held on August 14, 2016 at IGAD Secretariat, will with no doubt lead to stronger ties and working relations between IGAD and Sudan; especially in getting the Sudanese government and people to benefit from IGAD by giving more visibility and focus to areas that IGAD specializes in. 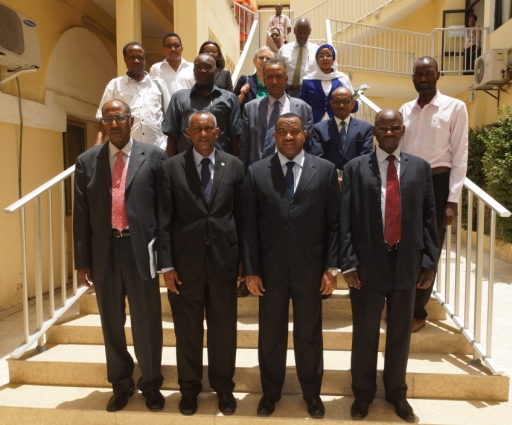