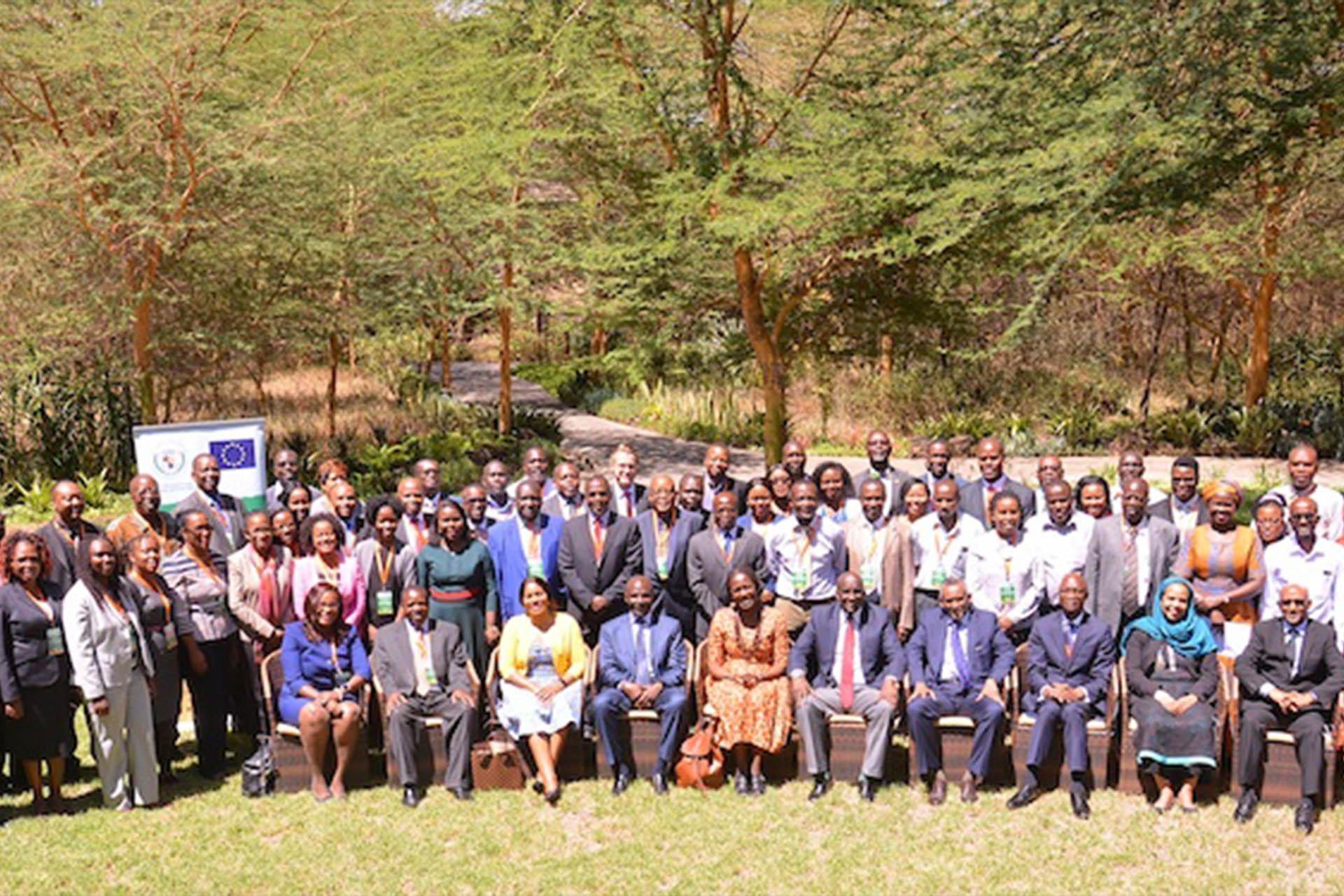 20thFebruary 2018, Naivasha, Kenya: Kenya’s Cabinet Administrative Secretary in the Ministry of Interior, Hon. Patrick Ole Ntutu launched the National Consultative Workshop towards the development of the Regional Protocol on Free Movement of Persons in Naivasha yesterday.

He called on the participants drawn from relevant government ministries and authorities, civil society organizations, academic institutions, the private sector and the media to put every effort necessary in order to achieve the ultimate goal of free movement of persons in IGAD region.

“Some of key benefits that we will enjoy by facilitating free movement of persons and opening up our borders to the world include among others higher tourism and trade volumes, competitive economy, skilled labour exchange and education opportunities as well as social and cultural integration,” the newly appointed government official stated, adding that there is need to put in place mechanisms for better migration management, mobility and free movement of persons in the region.

In agreement the Executive Secretary of IGAD, H.E Amb (Eng) Mahboub Maalim mentioned that through this Protocol, IGAD will be able to operationalize and implement the AU Movement of Persons Protocol as a REC at a regional level for the benefit of the citizens in the IGAD region.

Amb Maalim reminded the experts that Free Movement is inevitable hence important for the IGAD MS to embrace it by cooperating and collaborating on mechanisms with other Member States to have people move freely, safely and legally. He emphasized that free movement of person will bring deeper integration which will contribute to peace and stability in IGAD Region.

Speaking on behalf of Amb Dr Monica Juma, who was recently promoted to Cabinet Secretary for Foreign Affairs of Kenya, Amb Anthony Andanja pointed out that the New York Declaration on Refugees and Migrants was an affirmation by global leaders at the highest level of their unequivocal political commitment. He however added that the issue of refugees and migrants is manifestly divisive – while some see it through the lens of moral obligations to assist fellow humans at risk, others views migration as a threat to security and national identity.

“The difficulty as a whole is not the overall capacity to absorb refugees, but the politics of how to share the burden,” Amb Andanja concluded.

On her part, the IOM Representative to the AU, IGAD and UNECA, Ms. Maureen Achieng reiterated that migration is a force for good, if well managed. “Migration as we all know has been a constant since the beginning of time,” she stated, pointing out that the profound revolutions in transportation and communications are today making it easier and cheaper to know about and to access opportunities abroad.

Ms. Achieng who is also the UN Migration Agency Chief of Mission to Ethiopia cited a 2016 study that the World Economic Forum entitled, Africa Must Trade with Itself to demonstrate how migration has brought numerous macro-level benefits to the regions of the world that were quick to realize its benefits and moved to facilitate the free movement of both people and goods.

The three-day workshop aims at getting inputs from national stakeholders and experts on benefits and barriers to free movement of persons and deriving national recommendations towards the Provisions of the Protocol. The workshop will also develop a roadmap for the negotiation and adoption of the Protocol on Free Movement of Persons in the IGAD Region.

Similar workshops have already been conducted in Uganda, South Sudan, Sudan and Somalia. After the Kenya workshop, similar ones will be organized in Djibouti and Ethiopia before the regional level validation workshop of the Protocol on Free Movement of Persons in the IGAD Region at a later date.

The Protocol on Free Movement of Persons and Transhumance in the IGAD Region is supported by the European Union.