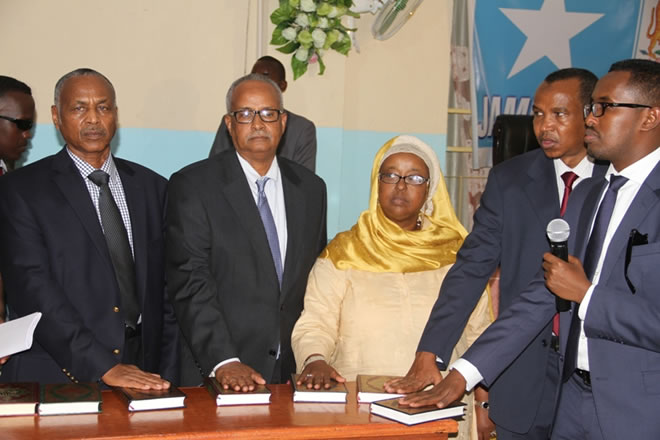 (Djibouti – February 10, 2015) IGAD congratulates the Parliament of the Federal Republic of Somalia for their endorsement of the new cabinet. It is now clear that the people and the Government of Somalia are determined to forge ahead to a new dawn leaving behind the misery and distraction of the civil war. The people of Somalia have managed to establish a government that suits their needs and did it their way with great optimism and courage. Even though they have lived under the shadows of the international terrorists Al-Shabaab, the Somali people have worked hard for peace and stability, which has today reduced these criminals to a level of carrying out sporadic attacks, an indicator of their eventual defeat.

The Parliament of the Federal Republic of Somalia has now taken a step in the right direction by endorsing the new cabinet that is 67 strong. The road ahead maybe riddled with challenges but IGAD is confident that the people and Government of Somalia will certainly meet the 2016 vision quite successfully.