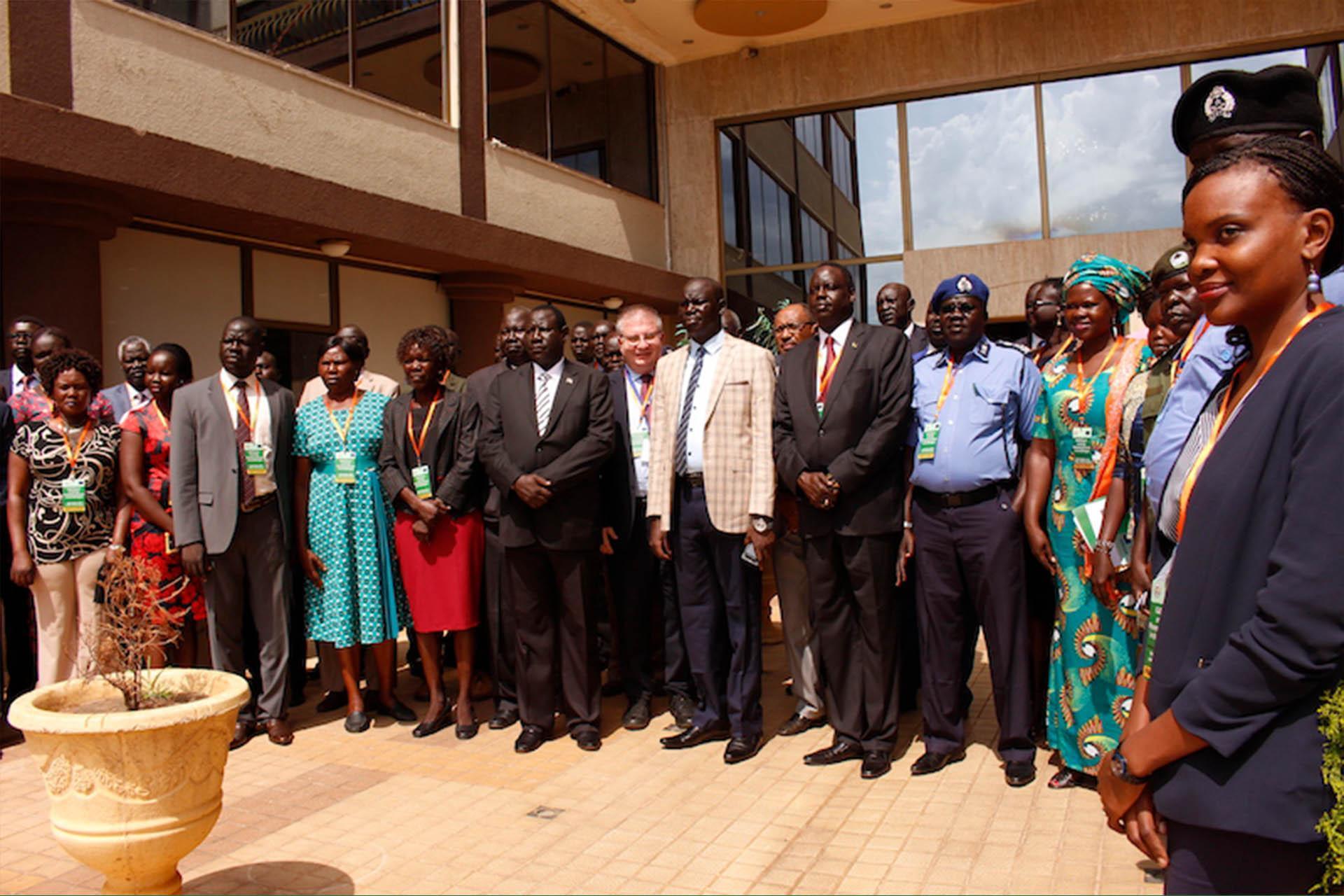 13-8-2017 Juba, South Sudan: Intergovernmental Authority on  Development (IGAD) is holding a 3-day consultative worshop in South Sudan as  part of the National Consultations towards the development of the  Protocol on Free Movement of Persons in the IGAD Region.

Acting head of IGAD Liaison Office in South Sudan Ambassador Abdelrahim Ahmed Khalil in his opening Remarks emphasized on the need for the proposed protocol becoming a reality in IGAD region to promote trade and development.

“We have already held  our First consultative meeting in Uganda now we are in South Sudan next time we will go to the other IGAD countries Ethiopia, Sudan, Kenya then all will be finalized hopefully before the end of this year and by that time we have the protocol consulted upon and agreed.” Ambassador Abdelrahim added

Hon. Brigadier General  Rieu Gatliek Gai  South Sudan’s Interior Deputy Minister, Brigadier  officiated the opening and in his remark thanked IGAD for bringing the workshop to South Sudan and said that South Sudan is a young nation that still has a lot to learn from the IGAD region.

The three-day workshop is aimed at getting inputs from national stakeholders and experts on benefits and barriers to free movement of persons; deriving national recommendations towards the provisions of the Protocol and developing a road map for the negotiation and adoption of the Protocol in the IGAD Region.