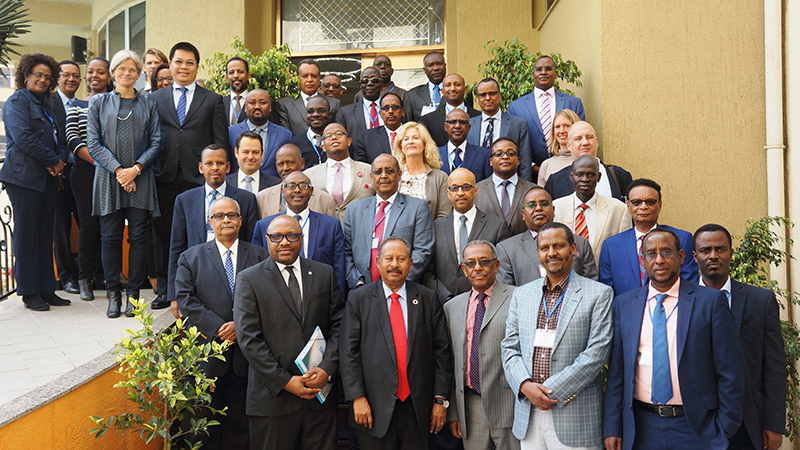 IGAD hosted a two-day constitutive meeting of a regional Strategic Dialogue forum in Horn of Africa region from 7-8 September 2017 at the Capital Hotel in Addis Ababa.

Amb. Tewolde G/Maskal Redda Director of IGAD’s Peace and Security Division opened the meeting in behalf of IGAD executive secretary, His Excellency, Amb. Mahboub Maalim. The main aim of the meeting was to discuss establishing IGAD strategic Dialogue brought together political leaders, diplomats, academicians (collectively dubbed as “Scientific, diplomatic and political communities) as well as other key actors for a strategic deliberation on the region’s pertinent issues.

The Strategic Dialogue was conceptualized in line with IGAD’s Peace and Security Strategy (2016-2020) that forms part of IGAD’s Corporate Regional Strategy Framework (2016-2020) currently under implementation.

The IGAD peace and security strategy recognizes that the region is in a state of transition and that it continues to deal with fast changing dynamics both at the regional and global levels. Consequently, it calls for a more proactive and inventive role by IGAD to chart a favorable path to peace, security and development.

Dr. Abdella Hamdock, Deputy Executive Secretary of UN ECA in his opening remarks recognized the timeliness and potential significance of the forum and stressed the need for it to have added value in equipping IGAD and Member States to do more impactful work in promoting peace, security and development.

The two-day deliberations has approved discussed 15 action point of establishing constitutive document including ISD organs structure as well as its institutional arrangements and sustainability. ###