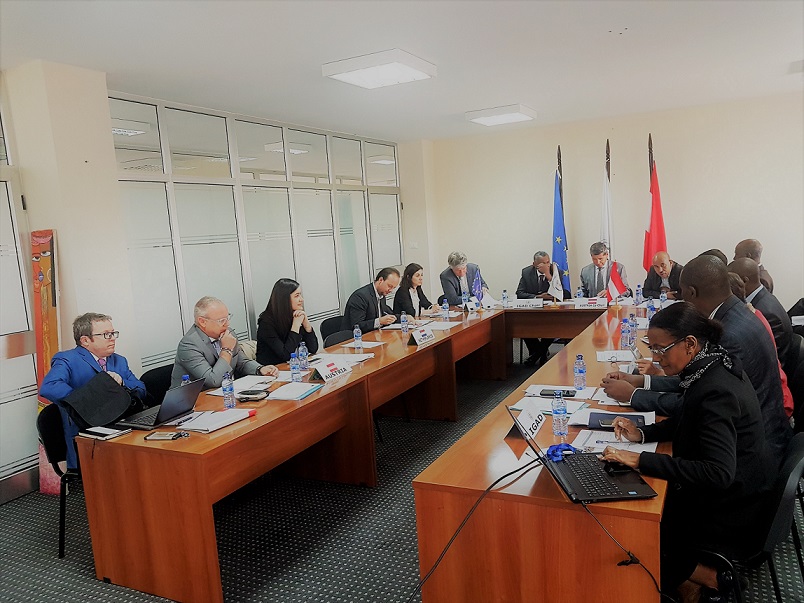 June 25, 2019 – (Addis Ababa) Ethiopia –A multi thematic programme under IGAD Promoting Peace and Stability in the Horn of Africa Region – (IPPSHAR) being implemented by the IGAD Peace and Security Division (PSD) held its 2nd Steering Committee meeting on June 25, 2019 in Addis Ababa, Ethiopia to update the committee on progress made on the implementation of activities under IPPSHAR.

The meeting was chaired by the IGAD Executive Secretary, H.E Amb (Eng) Mahboub Maalim and was co-chaired by the Austrian Ambassador to Ethiopia H.E Amb. Roland Hauser.

In Amb Maalim welcoming remarks he commended the IGAD Peace and Security Division and the Austrian Development Agency (ADA) for the progress made in the implementation of activities across the IGAD region since the first Steering Committee meeting of February 2019.

In his overall briefing on peace and security issues the Executive Secretary said, “ Some of our Member States have internal challenges hence some activities may be at a slower rate of implementation but IGAD is committed to continuing to engage with the member states so that peace may prevail, harnessing a ground for their citizens to benefit from IPPSHAR”.

The IGAD Special Envoy to South Sudan also updated the Committee on the implementation of the peace agreement in South Sudan.  Amb Ismail Wais, highlighted positive and relative peace returning to the nation as well as the challenges hindering the process.

The Head of EU Delegation to the African Union, H.E Ambassador Ranieri Sabatucci as well as Ambassador Roland Hauser reassured IGAD of their continuous support to its activities under IPPSHAR to be effectively implemented.

Ambassador Sabatucci further expressed his views on how to make use of the steering Committee to accommodate urgent needs in the region since there is flexibility in the program and since ways should be explored for the program to support the on-going peace processes.

The IPPSHAR programme is mainly financed by the EU under the Emergency Trust Fund, and co-financed by the Austrian Development Agency (ADA), the Swedish International Development Cooperation Agency (SIDA) and the Government of the Netherlands. The IPPSHAR Steering Committee is composed of IGAD, represented by the Executive Secretary and funding partners such as the  European Union Delegation to the African Union, Austrian Development Agency (ADA), Swedish International Development Cooperation Agency (Sida) and Government of the Netherlands, who are represented at Ambassadorial level.