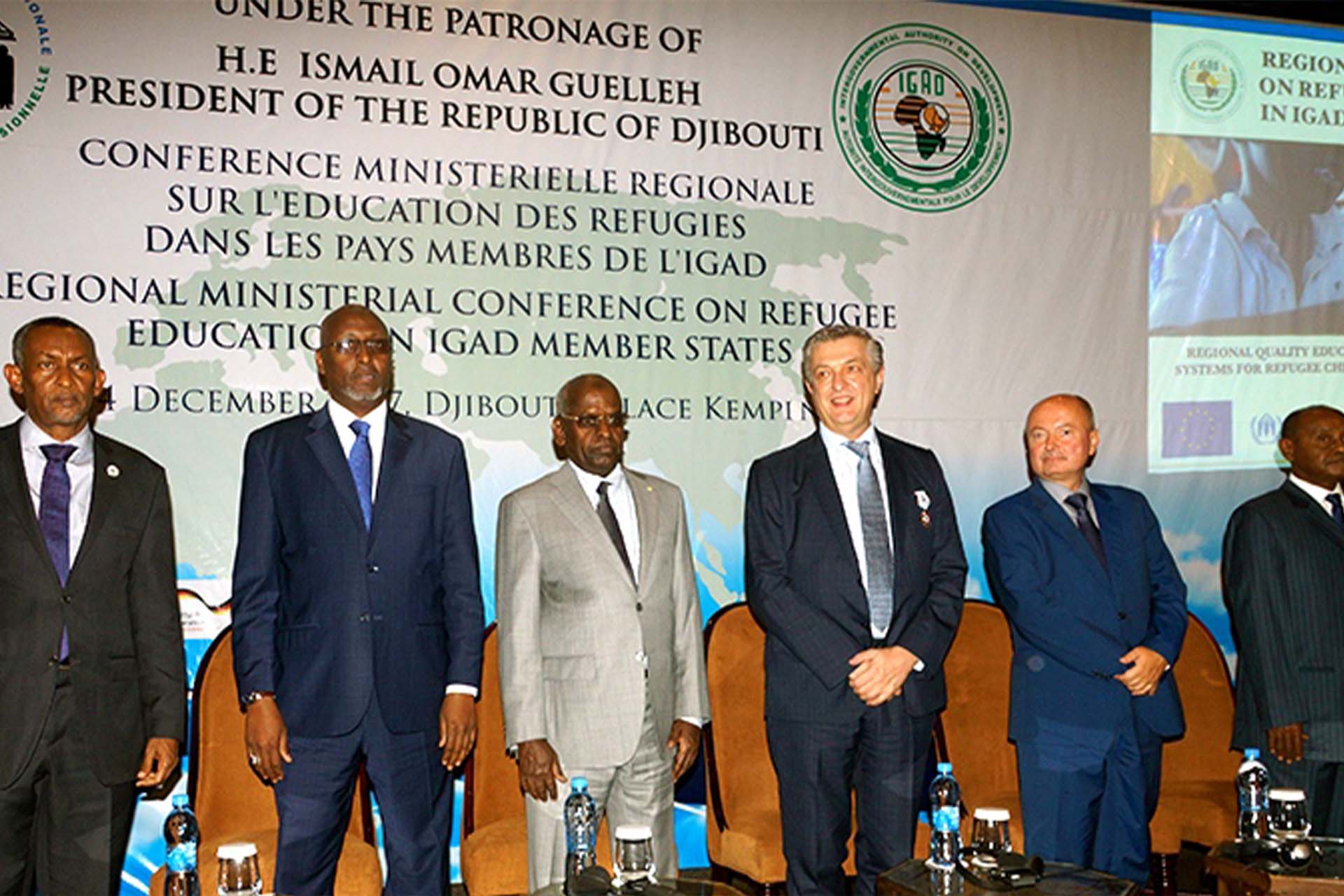 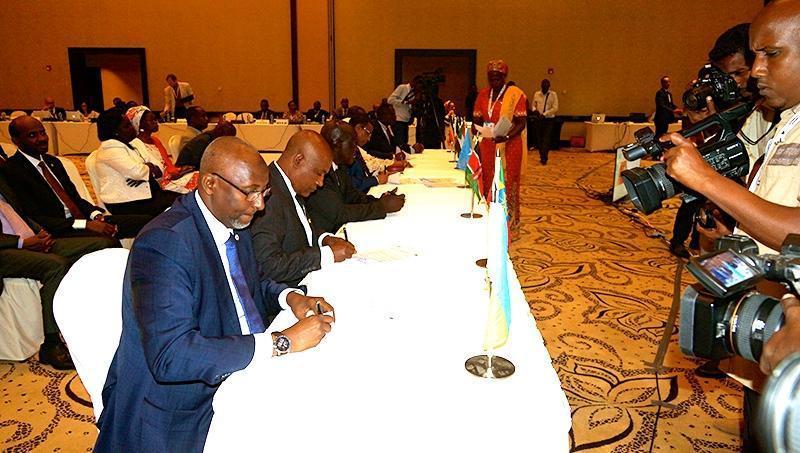 The Intergovernmental Authority on Development (IGAD) Executive Secretary, H.E. Amb (Eng) Mahboub Maalim, facilitated the signing session of the Declaration and the closing ceremony which were hosted by the Minister of Education of the Republic of Djibouti, H.E. Mr. Moustapha Mohamed Mahamoud, with the Minister of Interior of Djibouti, H.E. Mr. Hassan Omar Mohamed, in attendance alongside the United Nations High Commissioner for Refugees, Mr. Filippo Grandi, and the Head of the European Delegation to Djibouti and IGAD, H.E. Amb Adam Kulach.