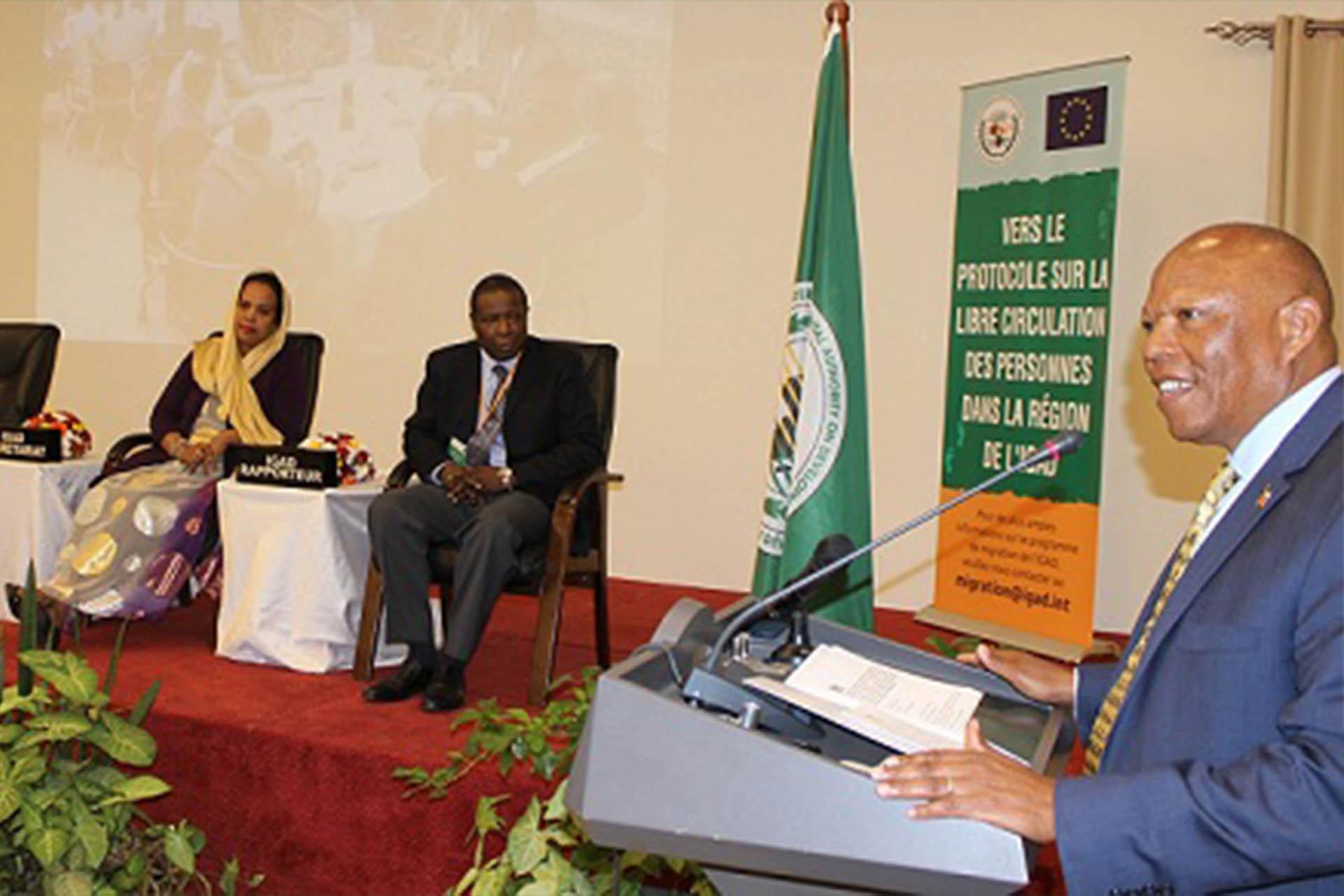 Oct. 19, 2019 (ENTEBBE, Uganda): The Intergovernmental Authority on Development (IGAD) on Oct. 17 closed the Second Rounds of Negotiations on the Protocol on Free Movement of Persons under the leadership of Major General Kasiita Gowa, Director of Citizenship and Immigration Control at the Ministry of Internal Affairs of Uganda with the Director of Health & Social Development at IGAD, Ms Fathia A. Alwan, in attendance at the high table among other officials. 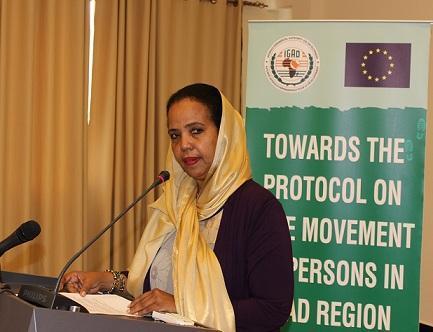 Following three days of extensive debates on the benefits of a free movement regime in the IGAD region, the delegates came to a refined document acceptable to all parties.

‘During our three days of negotiations, we successfully concluded our negotiations as planned in the second round and now we have refined the Protocol on Free Movement of Persons in IGAD Region’, Fathia Alwan declared during her closing remarks.

‘Substantively, there is only one provision where one of our Member States has still reservation and it needs further consultations’, she added before announcing that the next round of negotiations will take place next month in Khartoum in November.

‘It is going to take a consistent, deliberate and robust awareness strategy to bring many of our people to appreciate free movement; including our governments officials who will be charged with the responsibility to implement the Protocol once adopted’, according to Major General Kasiita Gowa. 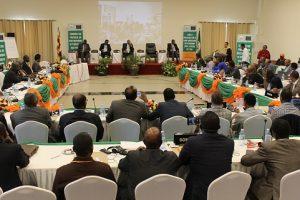 ‘Bring onboard all those ministries, Departments and Agencies expected to implement the IGAD Free Movement Protocol, so that by the time of implementation, our governments officials are ready to facilitate free movement’, Major General urged IGAD Secretariat before officially closing the meeting.