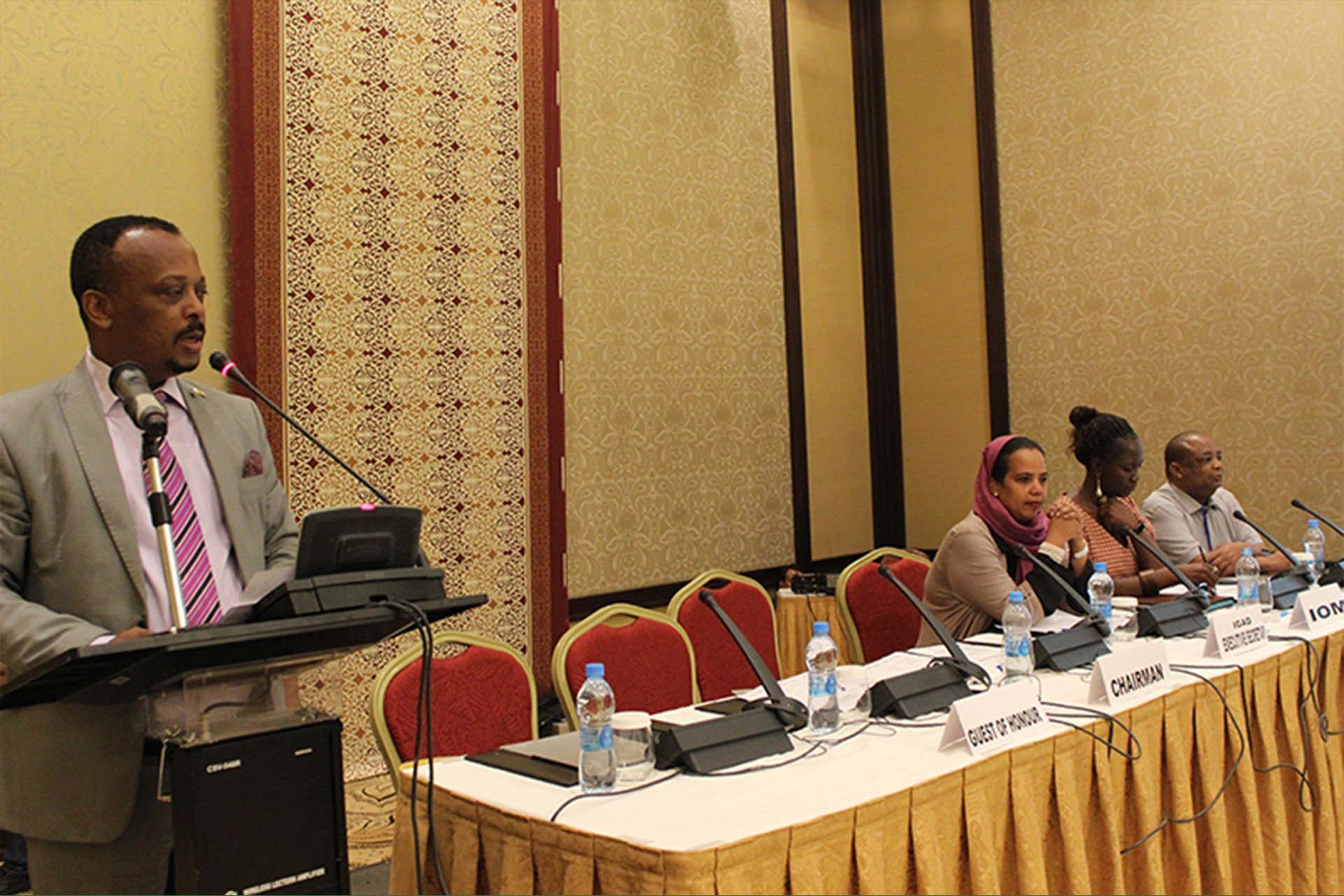 01-07-2017, Djibouti (Djibouti): The Intergovernmental Authority on Development (IGAD) this morning opened a consultative workshop for IGAD Member States to deliberate on and adopt a common position on the United Nations Global Compact on Migration for safe, orderly, and regular migration and refugees under the chairmanship of the Ambassador of Ethiopia to Djibouti and Chair of the IGAD Committee of Ambassadors, and in the presence of the Acting Director of Health Social Development Directorate-IGAD, the Chief of Mission of the International Organisation for Migration (IOM) to Ethiopia, and the Chief of Population & Youth at the UN Economic Commission for Africa (UNECA).

This two-day meeting, which is a follow up to the Pan African Forum on Migration held in Kampala (Uganda) in May 2017, is bringing together authorities of IGAD Member States with mandates relating to immigration, legal affairs, and legislative bodies along with partners and stakeholders such as IOM, UNECA, the German Development Agency (GIZ), the European Union, the International Labour Organisation (ILO), the UN High Commissioner for Refugees (UNHCR).

The Ambassador of Ethiopia to Djibouti, H.E. Amb Shamebo Fitamo, in his opening remarks reminded the audience that the purpose of the meeting was to “consider the preparations and consultations towards the 2018 UN Conference on Global Compact for Safe, Orderly, and Regular Migration”. He then expressed his hope that this workshop will give “the opportunity to interact and explore on the IGAD Common Position on Global Compact on Migration and the way foreword”.

Acting Director of Health & Social Development Directorate-IGAD, Ms Fathia Alwan, highlighted that IGAD was the first Regional Economic Community (REC) on the African continent to have developed a Regional Policy Framework which was adopted by the IGAD Council of Ministers in 2012. Ms Alwan also highlighted that IGAD developed a draft protocol of free movement of persons in the IGAD region “and is kick starting final rounds of negotiations between Member States”.

The Chief of Population & Youth at the UN Economic Commission for Africa (UNECA) also praised IGAD for being the first REC in Africa to be holding a follow up meeting to the Pan African Forum on Migration of Kampala held a month ago. He expressed his gratitude for being enabled to be interacting with Member States on the issue as they are the leaders of the process.

The Chief of Mission of IOM to Ethiopia, Ms Maureen Achieng, also took the opportunity to have some opening remarks before the agenda was adopted by the audience.

This consultative meeting is held with the expected output of an endorsed IGAD Common Position on the Global Compact.

The United Nations General Assembly (UNGA) Resolution 71/1 of 19 September 2016, entitled “New York Declaration for Refugees and Migrants”, pronounced the launch of a process of intergovernmental negotiations intended to lead to the adoption of a global compact for safe, orderly and regular migration and refugees (Global Compact on Migration and Global Compact on Refugees) at an intergovernmental conference to be held in 2018 prior to the opening of the general debate of the 73rd session of the General Assembly.

IGAD has welcomed the timely initiative by the United Nations to set in motion a process to develop a Global Compact for Safe, Orderly and Regular Migration to be considered for adoption at an intergovernmental conference on international migration in 2018.