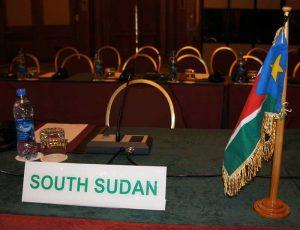 15 May 2015, Addis Ababa, Ethiopia-  According to reports filed by the IGAD Monitoring and Verification Team-MVT, United Nations agencies and humanitarian organizations on ground, Government forces have been conducting full-scale military offensive against opposition forces in Rubkona, Mayom, Guit, Koch and Mayendit counties in Unity State since 27 April 2015.

It is also increasingly clear that the offensive is being expanded into Jonglei and Upper Nile States. At this critical moment, IGAD Mediators remind the warring Parties of their obligation to honor the COHA and Implementation Matrix that they signed on 23rd January 2014 and November 2014 respectively.

The consequences of these offensives on the humanitarian dimension are emerging. IGAD Mediators are extremely dismayed at the credible reports reaching the MVM of acts of violence targeting civilians, grave human rights abuses and destruction of villages. In addition, over 100,000 people are displaced in the fighting areas while humanitarian organizations and UN agencies are being forced to evacuate their staff due to the prevailing insecurity, depriving populations in desperate need of emergency food assistance.

The Mediators are also deeply disturbed by the denial of freedom of movement by Government forces to the IGAD-MVT based in Bentiu following the start of the military offensive in Unity State. Since that date, any MVT movement beyond the Rubkona airfield (2.7 Km from the UNMISS camp) had been blocked.  Verbal and written requests made by JTC/MVM-HQs in Juba to the Director of Operations of SPLA in Juba, and by the MVT in Bentiu to the Commander of SPLA 4th Division and the Deputy Governor of Unity State to lift the restrictions imposed on the freedom of movement of the Monitoring Teams, indicating that it is a serious violation of the COHA and Status of Mission Agreement (SOMA), remain unanswered.

The full-scale military offensive taking place in Unity State since 27 April 2015, and the denial of freedom of movement to the MVT by Government forces constitute clear and significant violation of the COH Agreement.

The continued war rhetoric by the warring Parties also demonstrates the fact that they are still pursuing their objectives thorough military means.  Once more, The Mediators would like to underline that there is no military solution to the ongoing crisis in South Sudan. They urge the warring Parties to immediately stop the violence and work towards achieving a negotiated political settlement under the new IGAD-Plus approach.

The IGAD-Mediators, are disappointed that such unwarranted and appalling actions are happening in South Sudan at this critical time when leaders of the region are working together with partners and friends of South Sudan and the international community at large to close the existing gaps between the negotiating Parties and to find lasting and sustainable solution to the crisis in the country.

We also urge the warring Parties to the conflict to immediately allow the provision of humanitarian assistance and facilitate humanitarian workers unrestricted access to the affected areas and ensure their safety.

Finally, The IGAD-Mediators strongly appeal to the IGAD Heads of State and Government, the United Nations, the African Union, partners and friends of South Sudan and to the broader international community to prevail on the warring Parties to immediately cease hostilities, abandon the war option and commit to a genuine process of peace and dialogue with the aim of forming an inclusive Transitional Government of National Unity (TGoNU) that will lay a solid foundation for peace, democracy and sustainable development in South Sudan. ##