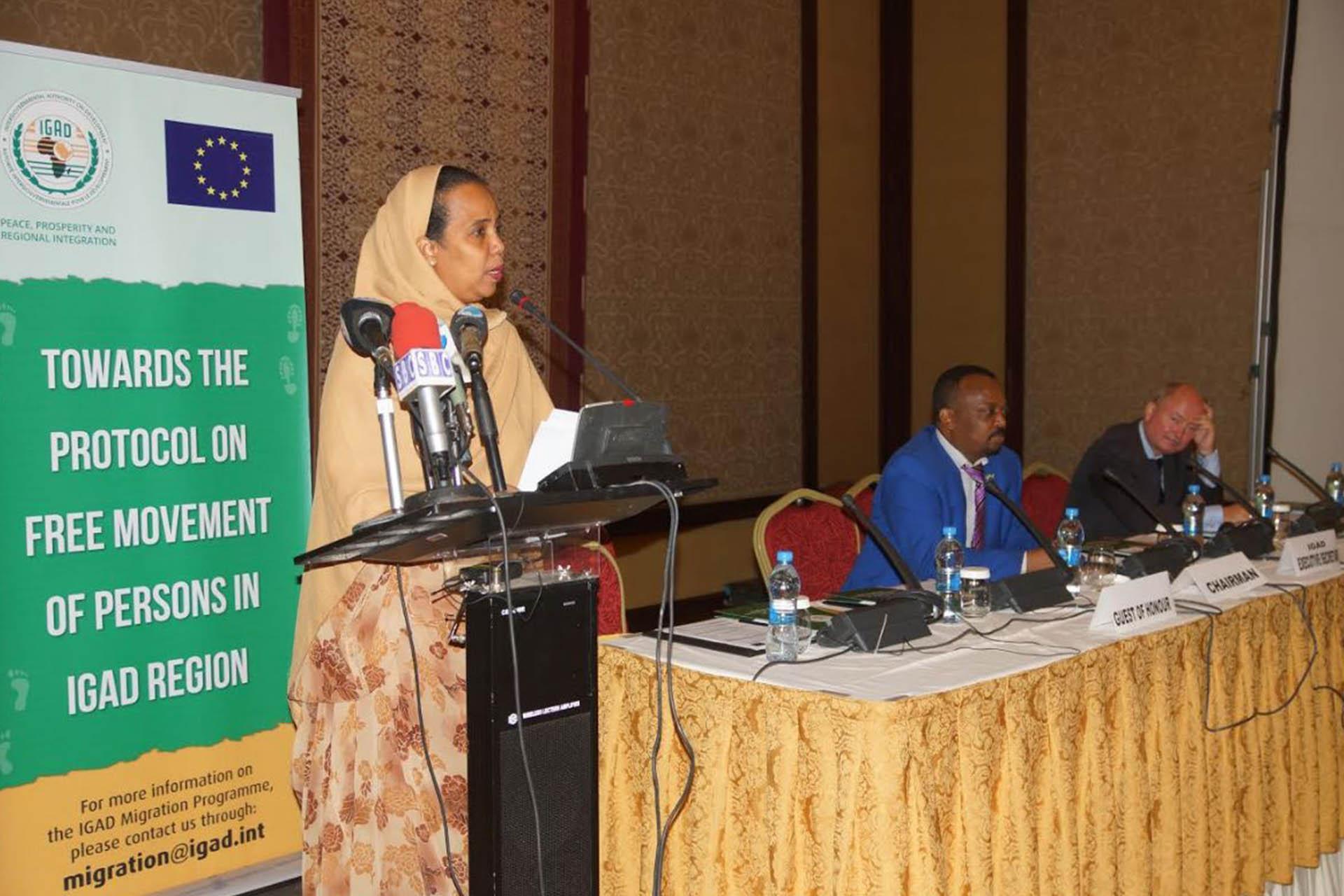 IGAD Launches Negotiations on Protocol on Free Movement of Persons

03-07-2017, Djibouti (Djibouti): The Intergovernmental Authority on Development (IGAD) this morning launched the Negotiations on IGAD Protocol on Free Movement of Persons during the opening session of the first consultative workshop in this matter in Djibouti under the chairmanship of the Ambassador of Ethiopia to Djibouti and Chair of the Committee of Ambassadors of IGAD, and in the presence of the Director of Health and Social Development-IGAD, and the Head of the European Delegation to Djibouti and IGAD.

The participants in the workshop are drawn from the governmental authorities of IGAD Member States with mandates relating to immigration, legal affairs, and legislative bodies including selected international partners and stakeholders.

According to the Ambassador of Ethiopia to Djibouti, H.E. Amb Shamebo Fitamo Adebo, “free movement of persons is one of the basic tenets for regional economic integration process”. Amb. Shamebo reminded the audience that the Agreement establishing IGAD calls for the promotion of free movement of goods, services, and people and the establishment of residence”. He highlighted that the negotiation on the IGAD Protocol on Free Movement of Persons was long overdue.

The Director of Health and Social Development-IGAD, Ms Fathia Alwan, clarified that the This Protocol was aimed at ensuring that migration in IGAD region was safe, orderly and beneficial to the citizens of this Region. “A Free Movement Regime will facilitate higher volume of regional trade, improved access to basic social services, access by governments to unreached marginal communities as well as improved governance of rural areas”, she added.

The Head of the European Union delegation to Djibouti, H.E. Amb. Adam Kulach, in his opening remarks, noted that people in the IGAD region should be given to travel within for the sake of regional integration. “And this is the essence of what the subject matter of today”, he said. He continued that it was not an easy task to free movement of persons, but the commencement of the negotiations is a historic moment if the process was to go through.

Mr. Nicholas Grisewood, Specialist in Crisis Migration based in Geneva for the International Labour Organisation (ILO), also had a few opening words to mark the event.

The excepted outputs and outcomes of the validation workshop are:
Refined IGAD Protocol on the Free Movement of Persons;
Way forward relating to the Study on Barriers to Free Movement;
Action Plan on Member States consultations on the Protocol on Free Movement at national level (National Coordination Mechanisms plus sectoral ministries).

The process of the IGAD Protocol on Free Movement of Persons is supported by the European Union.