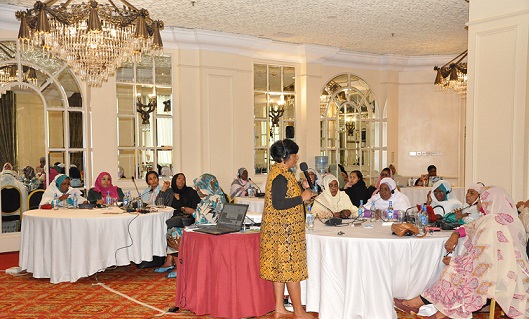 11.09.2019 (Nairobi, Kenya): The Mediation Support Unit (MSU) under the Intergovernmental Authority on Development (IGAD) in collaboration with the African Centre for the Constructive Resolution of Disputes (ACCORD) are conducting a Training of Trainers workshop to enhance capacity of Sudanese women in conflict prevention and mediation as well as their role in peace building within the context of UNSCR 1325 which was adopted by the Security Council at its 4213th meeting in 2000.

UNSCR 1325 reaffirms the important role of women in the prevention and resolution of conflicts, mediation and peace-building. It stresses the importance of their equal participation and full involvement in all efforts for the maintenance and promotion of peace and security, and the need to increase their role in decision-making with regard to conflict prevention and resolution.

In his official opening remarks the Director of Mediation Support Unit (MSU), Dr. Aleu Garang highlighted IGAD’s commitment and dedication of partners like ACCORD, the European Union (EU) and the Austrian Development Agency (ADA) on women engagement in peace processes, enhance their capacities to identify, understand the root causes of conflicts and opportunities to prevent and manage conflicts both at the community and national level.

“We want women to use their positions, influence, role as mediators and negotiators at different levels and as participants in different forums to play a part in peace building and decision making to resolve conflicts using their multiplier effect to train others and reach many others at community, national and regional levels” Dr. Garang went on to say.

Trainings such as this coupled with advocacy, policy influence of women and importance of skills transfer have necessitated IGAD to develop tailored capacity building interventions and use an informed approach in creating spaces for women to engage in peace processes.

As a result, it is envisioned there will be implementation and adoption of National Action Plans (NAPs) to address the challenges of weak national frameworks, lack of financial support for Local NGOs and CSOs and issues around patriarchy, culture and male bias on inclusion in the IGAD region.

The training is being conducted through the support of the European Union Trust Fund (EUTF) managed jointly by the Austrian Development Agency (ADA) and IGAD under the IPPSHAR Programme. 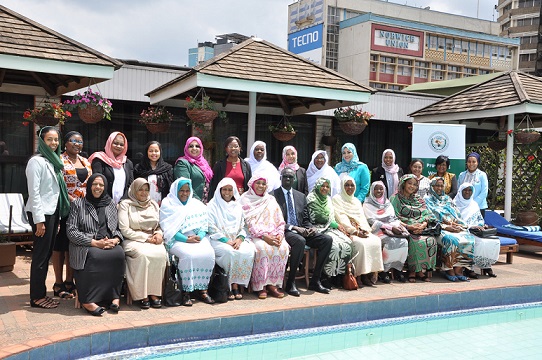