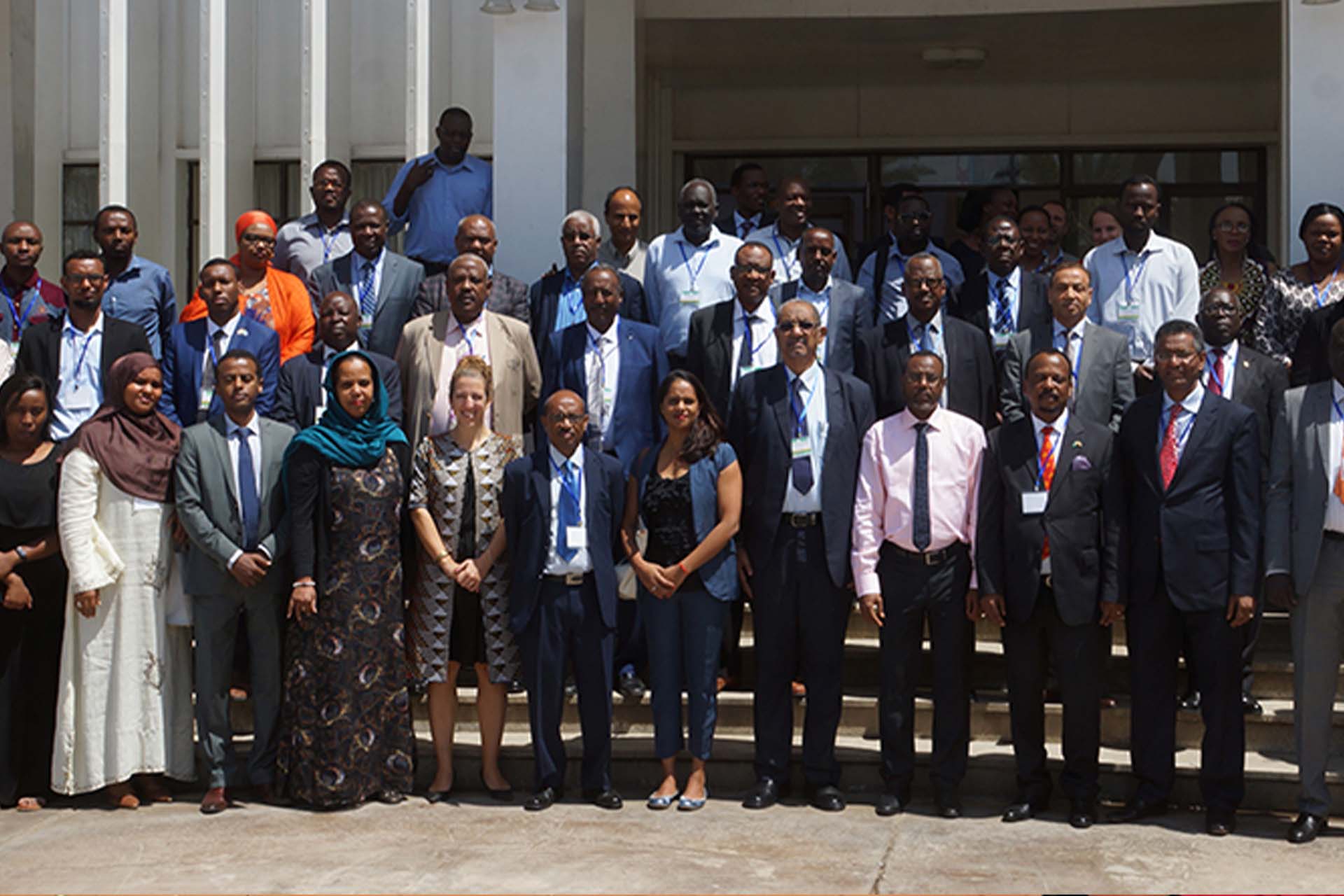 10-10-2018, Djibouti (Djibouti): The Intergovernmental Authority on Development (IGAD) this morning opened the 11th IGAD Regional Consultative Process on Migration (RCPM) in Djibouti under the leadership of the Minister of Labour of Djibouti, H.E. Mr. Hassan Idriss Samrieh. 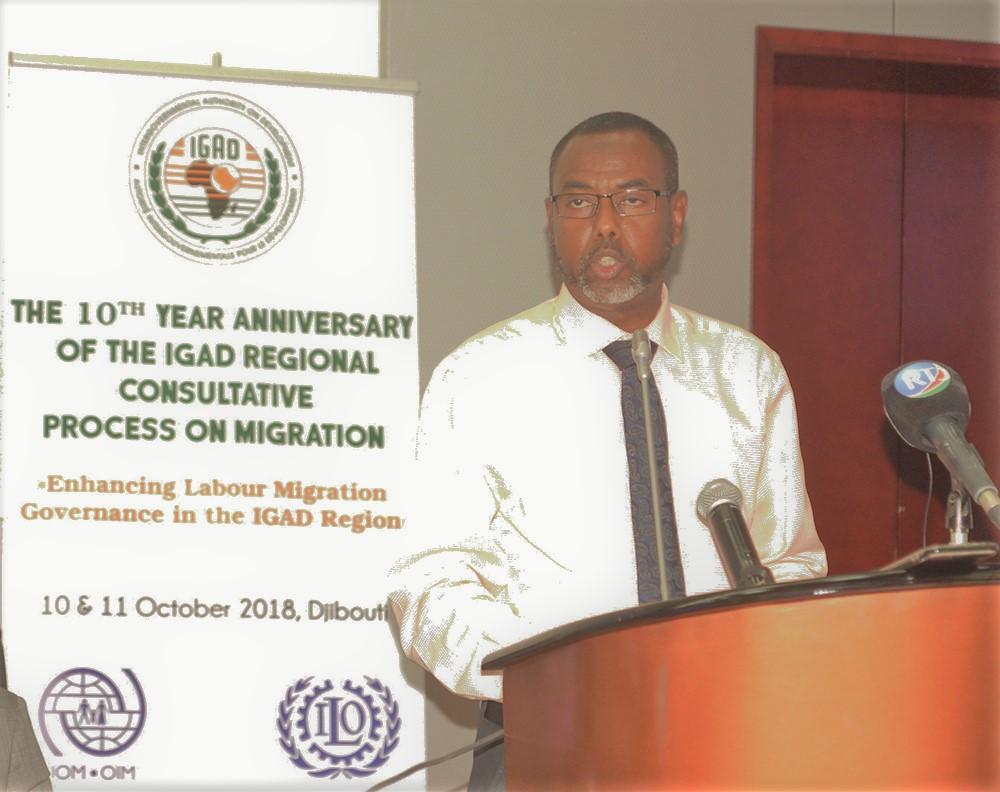 The Ambassador of Ethiopia to Djibouti and Chair of IGAD Committee of Ambassadors-H.E. Shamebo Fitamo, the Director of Agriculture and Environment Division (IGAD)-Mr. Mohamed Moussa, the Deputy Head of the Global Programme Migration and Development at the Swiss Agency for the Development and Cooperation (SDC) based in Bern (Switzerland)-Ms. Odile Robert, the Chief Technical Advisor at the International Labour Office (ILO) based in Addis Ababa (Ethiopia)-Mr. Richard Lavallée, and IOM Chief of Mission Djibouti did form the high table along the Minister and took the floor during the opening session.

The 11th RCPM is held on the theme of “Enhancing Labour Migration in the IGAD Region” similarly to the RCPM which was held in 2015 with the aim of raising awareness on the opportunities and challenges related to labour mobility as well as to forge a common understanding on labour migration governance in the IGAD region.

The 11th RCPM has two broad objectives are:

The Minister of Labour commended the dedication and commitment by IGAD to the issue of migration and for the formulation of a regional strategy on Migration. “We should open our labour markets to the contributions from the outside world so that each person has the possibility of settling in order to make a living in the country of his or her choice”, .H.E. Mr. Samrieh noted in his opening remarks.

Ambassador Fitamo depicted the sad faith of citizens from the IGAD region who succumb to illegal migration and ensured the audience of Ethiopia’s efforts in “working aggressively to address the issue of migration”. He encouraged IGAD Member States to “work closely towards addressing the issue of migration through different approaches”.

Mr. Mohamed Moussa thanked the Government of Switzerland for “their continued support towards the migration program since 2014” which enabled IGAD to “establish, strengthen and regularize the IGAD Migration Governance Architecture”, he started his opening remarks. “Currently, IGAD is spearheading the negotiations on the Protocols of free movement of persons and transhumance. The adoption, ratification and implementation of the Protocols by IGAD Member States will herald a new era of harnessing migration for development across the region” he said.

The representatives from Switzerland, IOM and ILO successively took the floor to praise the progress made by the IGAD RCPM since establishment and to commit further support.

The main output of the dialogue will be to: