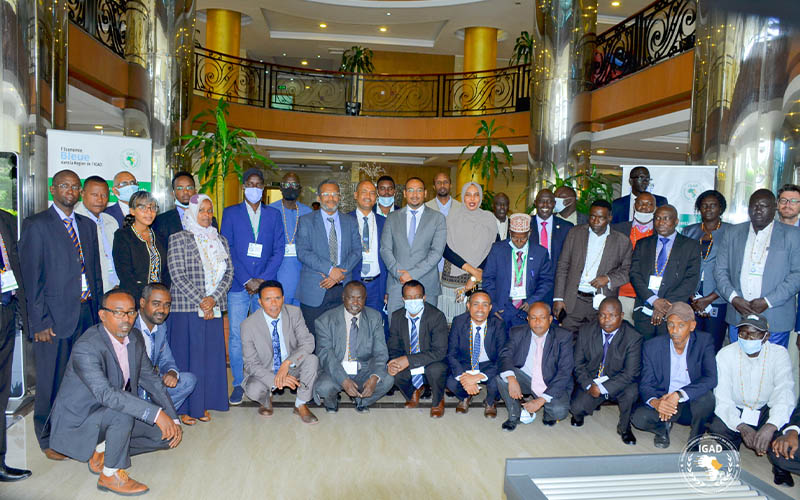 March 31, 2022 (ADDIS ABABA, Ethiopia): The Intergovernmental Authority on Development (IGAD) today concluded a two-day high-level Experts meeting to pave the way for a Ministerial level meeting to take place in Addis Ababa on April 1, 2022 and that is aimed at endorsing the IGAD Blue Economy Strategy 2021-2025. 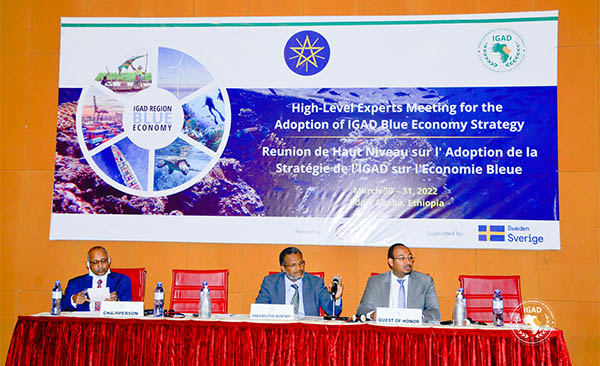 During the Experts meeting, member states presented overviews of the Blue Economy in their respective countries before embarking on drafting a draft Declaration to be submitted to the Ministers for endorsement.

At the opening of this Pre-Ministerial Meeting, IGAD Agriculture and Environment Director, Mr Daher Elmi declared: “IGAD has diverse socio-ecological landscapes besides a strategic edge on the Red Sea & Western Indian Ocean. IGAD countries have a great Blue Economy potential that is overall under used. A key element in the BE approach is to recognise the value of oceans, lakes and other water bodies in the national economic and social development context, which is only achieved if the role of each contributing sector is properly valued and recognised”.

Speaking for the host country, the Director General of Ethiopian Maritime Authority, Engineer Yehualashet Jemere said: “We recognise that our member states and regional bodies are increasing their cooperation in order to increase knowledge about the blue economy and adopt the policies that can help reap its immense potential. We as an IGAD Region also needs to coordinated ourselves and develop regional integration for a positive utilization of our blue potential”.

In July 2021, IGAD received from the government of Sweden a grant for a Project titled “Enhancing Blue Economy in the IGAD Coastal Member States for Biodiversity Conservation and Livelihood Diversification”, and which is aimed at promoting Blue Economy.