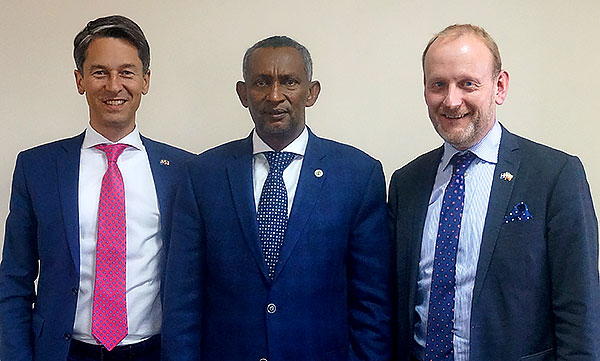 The IGAD Executive Secretary H.E. Amb (Eng.) Mahboub Maalim received and conferred with the newly appointed Swedish Special Envoy to the Horn of Africa Ambassador Urban Andersson and the Swedish Ambassador to Ethiopia Ambassador Jan Sadek on 11 November 2016 at the IGAD premises in Addis Ababa.

Amb. Maalm welcomed the officials and expressed his deep appreciation for the long-standing and strong partnership that exists between IGAD and the Government of Sweden.