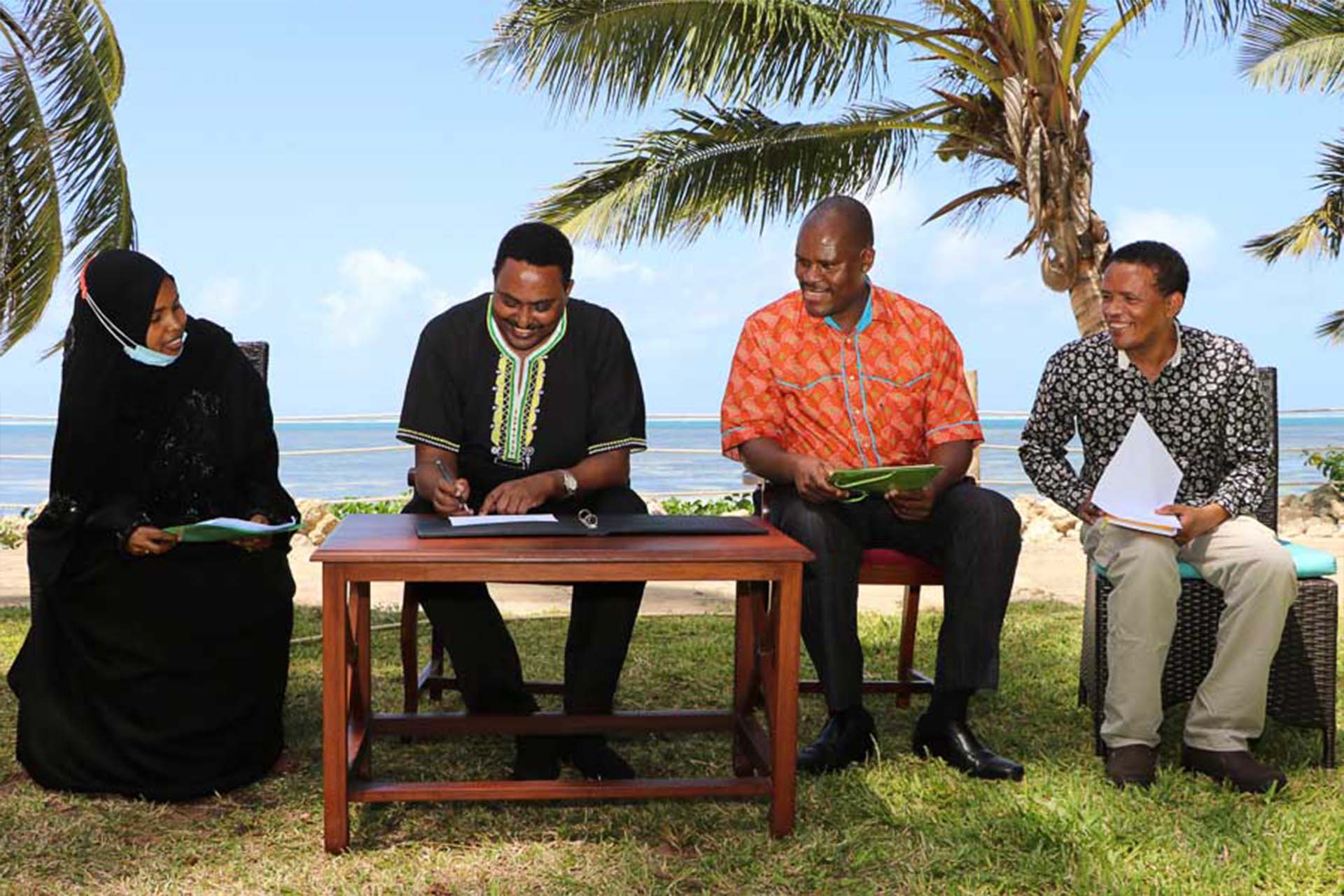 The project will be implemented within three years in four IGAD coastal member countries: Djibouti, Kenya, Somalia and Sudan.

The main objectives of the project are to:

The Executive Secretary highlighted the major threats to IGAD region marine biodiversity. “Global warming at larger scale is threatening many species of marine animals that cannot cope with higher temperatures”, he said. “Overfishing is another serious problem, especially the Illegal, Unregulated and Unreported (IUU) fishing. Many pesticides and nutrients used in agriculture end up in the coastal waters and have negative effects on marine life,” Dr Workneh continued. He stressed that these threats are more of a regional nature, thus the need for collective efforts through regional cooperation. He however noted that “reversing the under usage of the potential of Blue Economy in the IGAD region will greatly contribute to food security and environment protection”. The Executive Secretary also thanked the government of Sweden and its agency for development cooperation (Sida) for the support provided.

“IGAD member states are rich in biodiversity, both on land and sea, but unfortunately it is being threatened. Sweden is therefore very pleased to support this important IGAD initiative for a sustainable blue economy and sustainable biodiversity in the region,” says Ms. Ulla Andrén, Head of Swedish Regional Development Cooperation for Africa.

It is also to be noted that the project will empower women groups to protect the environment and diversify their livelihoods by implementing best practices in selected coastal sites affected by plastic pollution.