16-08-2018, Djibouti: The Ambassador of the United States of America, Mr. Larry André, today presented his credentials to the Executive Secretary of the Intergovernmental Authority on Development (IGAD), Amb (Eng) Mahboub Maalim, at the Secretariat of the regional organization in Djibouti. 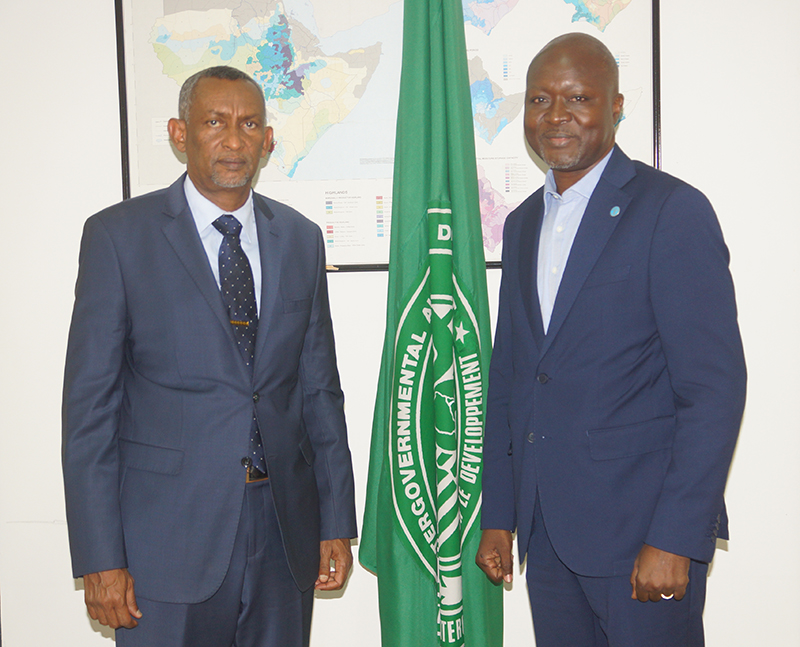 He is the first ever US Ambassador to be accredited to the regional organisation; which makes it a feather in the cap of the US Chief of Mission and of the IGAD Executive Secretary.

During their discussions on the occasion, they focused areas of mutual interest and the recent positive political developments in the Horn of Africa.

Amb Maalim expressed the longstanding relations IGAD and FAO have maintained since foundation of the regional organisation more than 30 years back.

On top of the agriculture and environment related areas the two organisations have been working on together, Mr. PISSANG mentioned emerging areas of cooperation such as fisheries and forestry towards the food security agenda for the region.

Both committed to further deepening working relations and growing their cooperation portfolio.