18-08-2018, Djibouti: Following the passing on of Mr. Kofi Annan, former Secretary General of the United Nations, the Executive Secretary of the Intergovernmental Authority on Development (IGAD), H.E. Amb (Eng) Mahboub Maalim, expressed his heartfelt condolences to the family of the defunct and to the rest of the world. 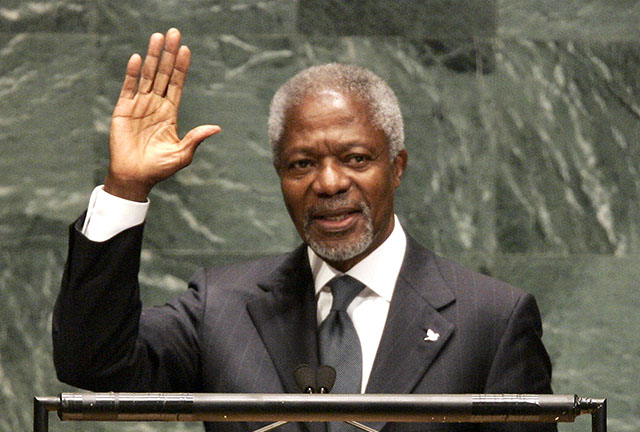 “It is with immense shock that I learn the demise of my dear brother, Kofi Annan”, the Executive Secretary said.

He continued that “the IGAD Secretariat and the entire region will forever be indebted to the former Secretary General of the United Nations and Nobel Laureate for his contribution to peace and prosperity of the Horn of Africa and the African continent as a whole”.

Amb (Eng) Maalim further noted that, on this day that the entire world is mourning the demise of Kofi Annan, the legacy he left behind will be nurtured by all, and the world will remember him as a man of strength and a great spirit.

“May his soul rest in eternal peace”, Amb Maalim concluded his message.