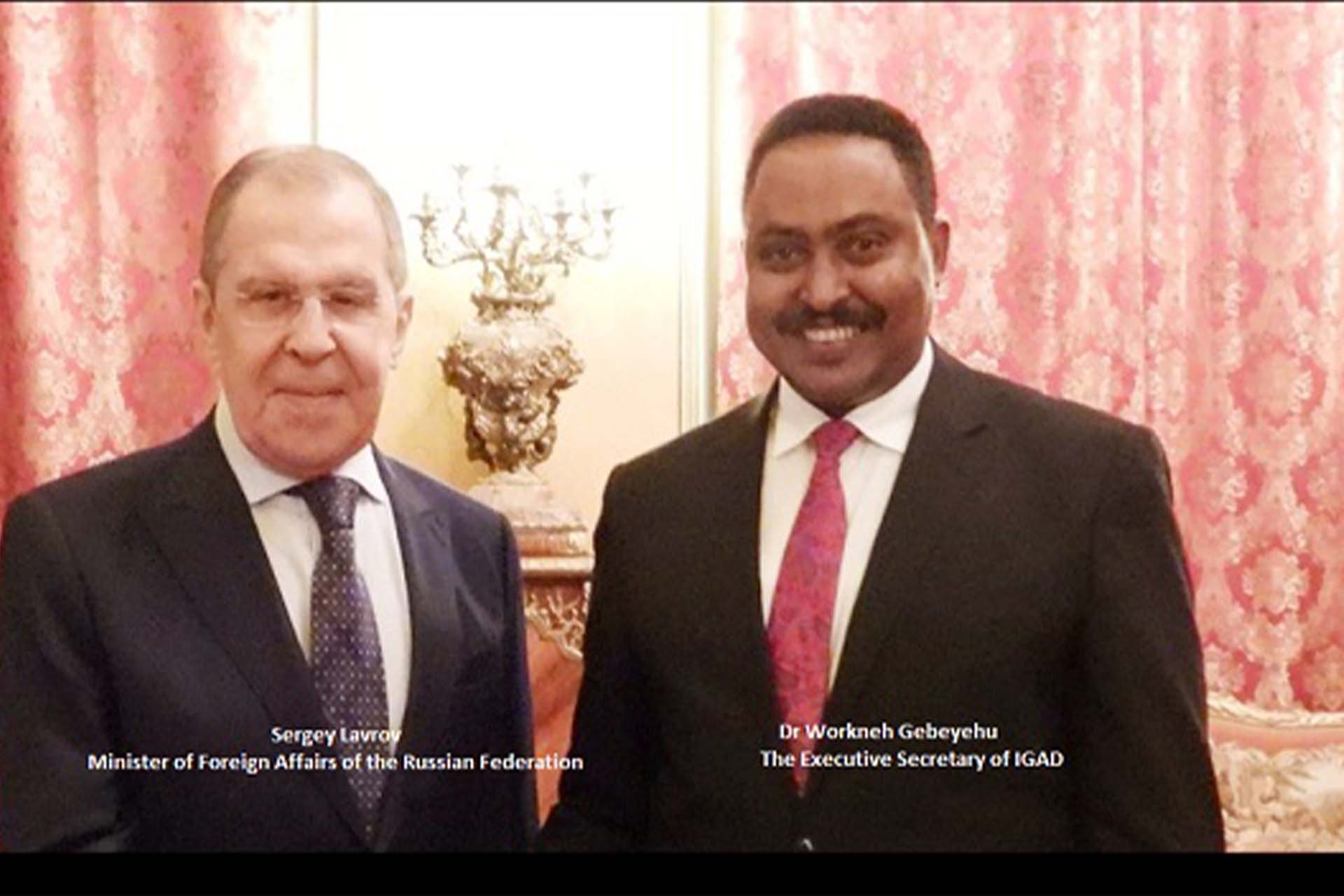 19 September 2020 (DJIBOUTI, Djibouti): The Executive Secretary of the Intergovernmental Authority on Development (IGAD), Dr Workneh Gebeyehu, concluded a three-day working visit to Moscow during which he met with the Minister of Foreign Affairs of the Russian Federation, Mr Sergei Lavrov, on 16 September. 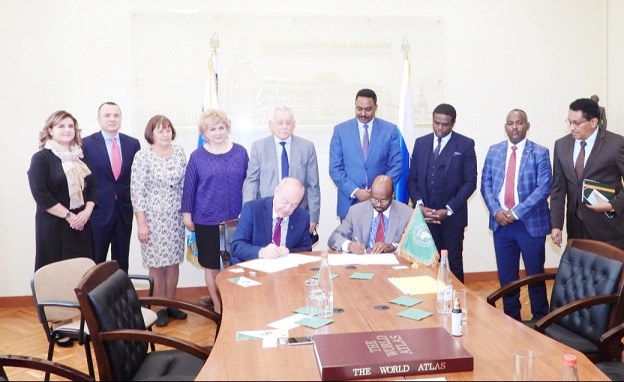 Dr Workneh leading an IGAD delegation made up of the Chairperson of the Ceasefire and Transitional Security Arrangements Monitoring and Verification Mechanism (CTSAMVM) in South Sudan, Major General Teshome Gemechu, and the Director of the IGAD Foreign Service Institute, Mr Moussa Meigague, was received by Minister Lavrov along with his Deputy Foreign Minister and Special President’s Representative for Africa and Middle East-Mr. Mikhail Bogdanov; the Deputy Director of African Department-Mr. Vsevolod Tkachenko; the Head of Russia-Africa Forum Secretariat-Ambassador Oleg Oserov; and the Head of all-African issues section in the African Department-Mr. Andrey Litvinov.

During the discussions, IGAD Executive Secretary highlighted the excellent relationships the Russian Federation has with the member states of the regional bloc and affirmed his willingness to ensure strong and strategic relationships between the regional organisation and Russia. From the onset, Dr Workneh pointed to potential areas of cooperation in the areas of peace and security, economic integration, health, and disaster prevention. He briefed the Minister about the IGAD Regional Cancer centre of Excellence to be established in Addis Ababa, Ethiopia and the IGAD Disaster Prevention Centre to be set up in Nairobi, Kenya; for which Russia technical expertise and financial support were needed.

Dr Workneh also touched on the challenges and opportunities in the IGAD region. He emphasised the fact that four countries (Sudan, South Sudan, Somalia and Eritrea) out of the eight countries IGAD is comprised of, are under sanctions which were ‘really hampering the positive developments in the region’. He called on the international community and the United Nations to work on lifting the sanctions as a way to sustaining the gains made so far in those countries.

The Minister of Foreign Affairs said his readiness to positively consider working with IGAD on the various activities and programmes elaborated by the Executive Secretary. As a way of framing the growing relations between the regional organisation and Russia, they agreed on developing an Memorandum of Understanding (MoU) between IGAD secretariat and the Russian Federation.

Prior to meeting the Minister of Foreign Affairs, Dr Workneh on 15 September attended the signing of an MoU between the Djibouti-based IGAD Foreign Service Institute and the Diplomatic Academy of the Ministry of Foreign Affairs. According to him, this MoU with the oldest diplomatic academy globally is a major step forward for the young IGAD Institute.

During his very busy schedule, the Executive Secretary also took the opportunity to hold talks with the International Humanitarian Cooperation, the International Agency for International Sovereign Development, and the Department of International Organisations of the Ministry of Foreign Affairs to advocate for his region and advance the IGAD regional agenda.

Upon arrival at Moscow airport on 15 September, Dr Workneh was welcomed by the Ambassadors of IGAD member states to Russia. Dr Workneh convened with them for a briefing session that same day, and for a debriefing session as he was wrapping up his visit on 16 September. Under the umbrella of the IGAD Ambassadors, the Chiefs of Mission pledged to follow up with the various officials and entities the Executive Secretary met with. 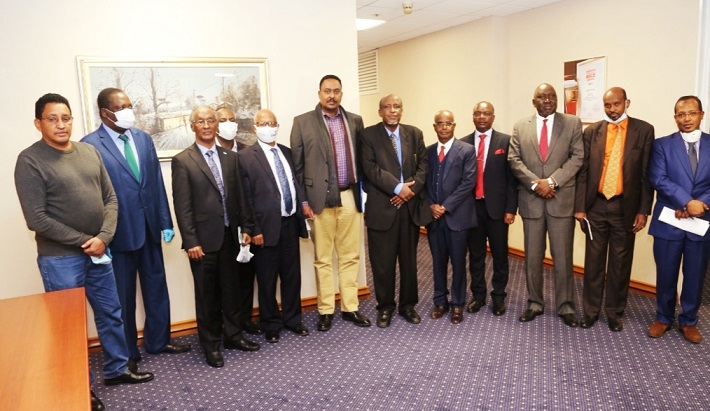 ‘It is the beginning of the new era for IGAD and Russia’, Dr Workneh said as he wrapped up his visit, while noting how positive every one he met was to conducting activities and doing programming with IGAD.