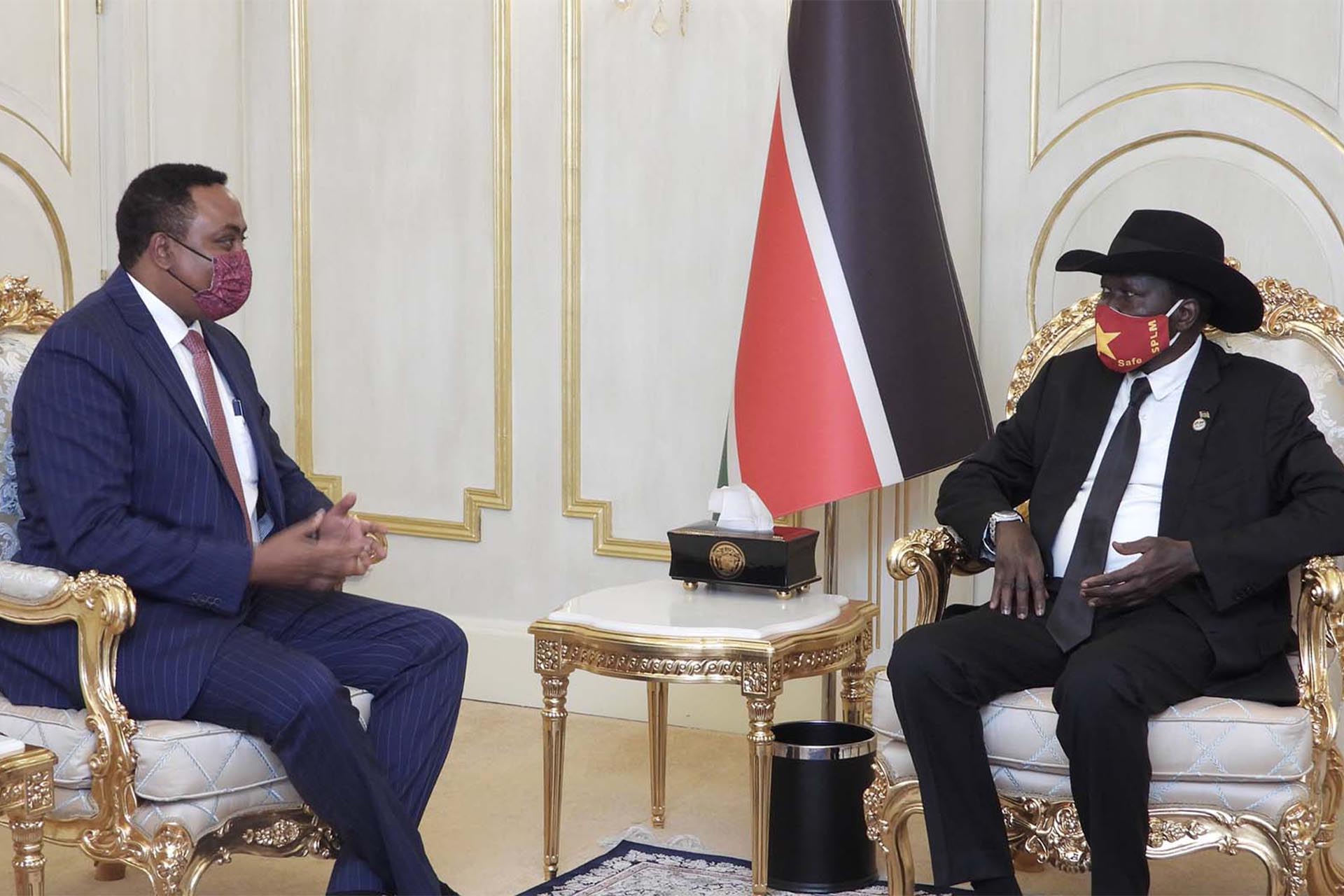 This fact-finding mission comes after the 73rd Extra-ordinary session of the IGAD Council of Ministers which was held virtually on August 9 to “discuss the current political and security situation in the Republic of South Sudan and the implications on the implementation of the September 2018 Revitalised Agreement on the Resolution of the conflict in the Republic of South Sudan (R-ARCSS)”.

The Executive Secretary, who was accompanied by the IGAD Special Envoy for South Sudan, Ambassador Ismael Wais, was received by the President of South Sudan, H.E Sala Kiir Mayardit, on August 12. Dr Workneh briefed the President on development and peace and security situation in the region” and consulted with him about the recent political developments in South Sudan and the way forward for swift implementation of the Security Arrangements of the September 2018 Revitalised Agreement on the Resolution of the conflict in the Republic of South Sudan (R-ARCSS).

During the same day, the Executive and the IGAD delegation met with the 1st Vice President, H.E Dr Riek Machar during a “productive meeting” when the Vice President briefed the IGAD delegation on current developments in South Sudan. Dr Workneh “noted the very good progress in the implementation of Chapter 1 of the Peace Process and agreed that Chapter 2 (Security Arrangements) should be expedited to sustain gains registered”.

During his visit, Dr Workneh also met with H.E Vice President Rebecca Garang and H.E Vice President Hussein Abdelbagi. He noted that the “recent developments in the country are a reminder for the urgent need for a unified national security apparatus to be constituted the soonest to materialise the Security Arrangements”.

During his mission, the Executive Secretary also engaged with RJMEC, UNMISS, UNHCR and other partners. Dr Workneh concluded his visit with a press conference to share the findings of mission.