Djibouti – The Executive Secretary of the Intergovernmental Authority on Development (IGAD) Amb (Eng) Mahboub Maalim  attended a high level business meeting organized by the Ministry of Agriculture in collaboration with IGAD, FAO, EU, UNDP, NEPAD and COMESA at Palais du Peuple in Djibouti.

In his remarks, Amb Maalim expressed his gratitude towards the government of Djibouti and that of development partners and other stakeholders for their commitment and support towards making IGAD’s efforts a reality of a food secure region as indicated in the RAIP 2016-2020 plan.

He expressed concern that the Horn of Africa is prone to droughts and hence requires mechanisms and combined effort by all stakeholders both private and public for a more self sufficient and sustainable food secure region.

He reaffirmed IGAD’s commitment towards making their mandate and responsibility of making sure ‘drought never turns to hunger’ in the region and be aligned to the United Nations Sustainable Development Goals (SDGs).

The business meeting that was presided over by the Prime Minister of Djibouti; His Excellency AbdoulKader Kamil Mohamed is a follow up of the IGAD Business Meeting that was held in Khartoum in October 2016 for stakeholders to look into the implementation of the plan in Djibouti and Horn of Africa to boost economic growth through agriculture.

The IGAD Regional Agricultural Investment Plan (RAIP) 2016-20120 was adopted and validated by IGAD Member States’ Ministers of Agriculture in 2013 to coordinate and harmonize the resources needed to accelerate the implementation of the existing initiatives of different stakeholders and to launch new initiatives by addressing regional development priorities for the agricultural sector development.

The high-level forum allowed Djibouti government officials, stakeholders and partners to interact and renew their commitment made of financial and technical support for the implementation of the IGAD Agricultural Investment Plan (RAIP) 2016-2020 in Djibouti as well as the Horn of Africa. 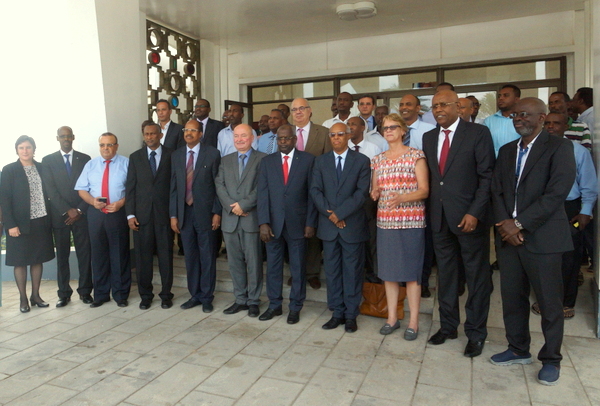