Djibouti – The Executive Secretary of the Intergovernmental Authority on Development (IGAD) Amb (Eng) Mahboub Maalim and the Head of the European Union Delegation to Djibouti and to IGAD, Amb Adam Kulach have this morning signed the first two contracts within the framework of the EU Trust Fund for Africa at IGAD Secretariat in Djibouti.

The contracts have a combined value of €5 million and a duration of 3 years, the signature of these contracts marks the start of implementation of two projects that aim at; strengthening the capacity of IGAD to promote resilience in the Horn of Africa, and to facilitate freedom of movement of persons and transhumance in the IGAD region.

During the signing ceremony Amb Maalim expressed his gratitude to the EU for being a reliable and longterm partner over the years as well as for their support towards strengthening capacity at IGAD of the resilience agenda for the benefit of the citizenry of the IGAD region as well as strengthening integration and economic development through the freedom of movement of persons and animals.

In the same spirit, Amb Kulach commended IGAD for their partnership towards making a positive impact of people’s lives in the region which he pointed out is geostrategic location hence a source of a transit route and a destination for unprecedented migratory flows hence is affected by the challenges of irregular migration, forced displacement, trafficking in human beings, smuggling of people and violent conflict.

The first contract signed amounts to EUR 1,4 million will support IGAD strengthen the capacity of the institution in order to promote resilience in the Horn of Africa, and thereby stepping up the implementation of IGAD’s Drought Disaster Resilience and Sustainability Initiative (IDDRSI), the Regional Resilience Strategy for the Horn of Africa region to reduce IGAD Member States’ vulnerability to droughts affecting more than 60% of the territory of IGAD region.

The contracts are being financed through the ‘Emergency Trust Fund for stability and addressing the root causes of irregular migration and displaced persons in Africa’ (‘EU Trust Fund for Africa). The EU Trust Fund for Africa was created to support the most fragile and affected African countries by helping fostering stability in those regions and to address the root causes of forced displacement and irregular migration by promoting economic and equal opportunities, strengthening state and societal resilience, and improving governance and migration management. 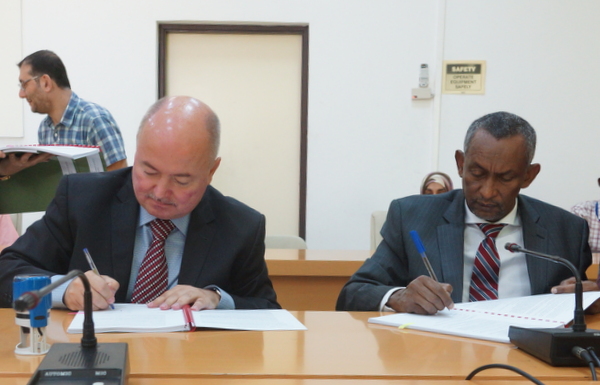